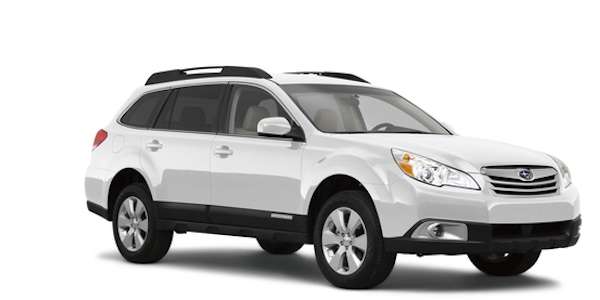 A lawsuit filed against Subaru says 2010-2011 Outback models are experiencing failures of exterior lighting. Is Subaru covering it up?
Advertisement

A California woman has filed a lawsuit against Subaru of America for an ongoing headlight issue on her 2011 Subaru Outback. Kathleen O’Neill who filed the lawsuit, says she experienced numerous failures of exterior lighting, especially the headlights. Shortly after purchasing the vehicle, a headlight failed and a Subaru dealer replaced the headlight, but the problem continued. After nine more headlight and other exterior lighting failures, she had enough.

What is the problem?

The lawsuit filed by Capstone Law APC, names the 2010-2011 Outback wagons as the Subaru vehicles with the lighting problems. The lawsuit says exterior lighting on the multi-purpose vehicle often fails because the lighting systems cause interference with other parts within the lighting assemblies. Too much voltage surges through the system and the lights fail. The problem seems to be made worse when the lights are put in automatic mode.

Is Subaru sweeping it under the rug?

Kathleen O’Neill claims Subaru has known about the lighting problems since 2008, when they changed the headlights on the popular vehicle because of lighting issues. The lawsuit says, Subaru made additional modifications to the switch assembly, fog lights and rear lights in 2010, but the problems continue. She says Subaru of America “refuses to inform consumers and continues to conceal the alleged defects.”

The lawsuit alleges the headlight and other lighting failures have existed from the time she bought the Outback and the same problems continue to occur because Subaru refuses to permanently address the real issue. O’Neill says the Japanese automaker puts a bandaid on the problem by replacing headlights and other exterior lights knowing they will continue to fail.

The Subaru Outback headlight lawsuit was filed in the U.S. District Court for the Central District of California, Western Division - Kathleen O'Neill, et al v. Subaru of America, Inc. Do you own a 2010 or 2011 Subaru Outback with this problem? Let us know.

LG's New EV Battery Plant Is a Welcome News for Tesla
Tesla Giga Berlin's New Hurdle: It's Not Only the Gov't, but Now Tesla Itself
END_OF_DOCUMENT_TOKEN_TO_BE_REPLACED