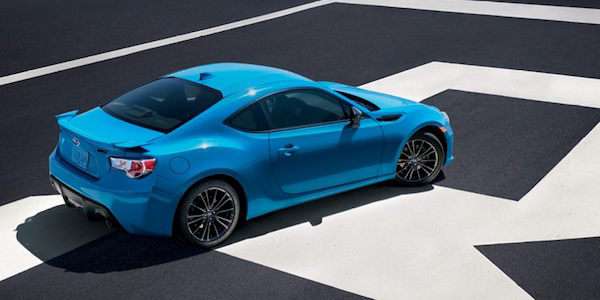 The Subaru BRZ and Toyota 86 are the best handling sports cars for the money. Now they are being recalled in Australia for power steering loss.
Advertisement

The report says a statement from Toyota Australia says the 86’s electric power steering harness may interfere with a panel which contains the driver’s knee airbag. Toyota says, “If this happens, there could be an electrical contact failure which may result in the loss of power steering. A warning light would then illuminate on the dashboard along with a short audible warning while manual steering would be maintained.”

The problem is the same for the BRZ, which is identical mechanically to the 86. Subaru says the cars retain manual steering capability even if the power assistance for the steering is lost. A spokesman for Fuji Heavy, parent company for Subaru says, "Nevertheless, Subaru Australia has decided to carry out this recall out of an abundance of caution, following notification from the factory.

60 reports of steering loss in Australia

Toyota and Subaru say the sports coupes are driveable without power steering, but owners of affected vehicles should contact their nearest dealer for repairs. Reports say there have been more than 60 “incidents” of sudden loss of power steering in Australia alone.

Will recall include U.S. models?

Australian Subaru BRZ and Toyota 86 owners should contact their dealer who will supply and fit the replacement parts free of charge. It’s reported that repairs may not commence for another month while they wait for the new components to be shipped from Japan. All Subaru BRZ and Scion FR-S rear-drive sports cars in the U.S. and Canada will likely be recalled, but no U.S. recall has been issued as of this report. Stay tuned.

Milton Mirambell wrote on January 29, 2017 - 4:10am Permalink
I loss steering in louisiana on January 10,2017 .. It was down a st bernard hwy an had a collision as a result of loss of steering.. Most terrifying experience in my life.. I wasn't notified of the recall infact i just recently was brought aware of this.. I contact toyota in the U.S.A an nobody would help.. This collision almost took my life
Kjell-Aas wrote on July 21, 2020 - 4:18am Permalink
i DON`T KNOW IF i can get this fixed ? I`m living in Thailand,where Toyota is pretty importent and big ! I don´t know if I should go to my local dealer? the car is made in Japon.I`m a pretty good customer there ,today I just bought the newest Yaris cross. and from before we got aTOYOTA Fortuner ,and a GT 86. so I hope they take me serious and fix that problem.I think they have to contact Toyota Japon.