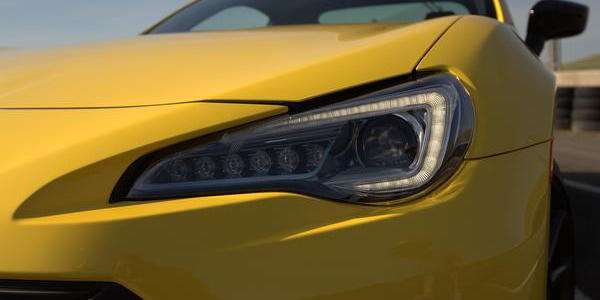 The new 2017 Subaru BRZ and Toyota 86 sport coupes will be arriving soon. How does BRZ offer better performance?
Advertisement

Both the 2017 Subaru BRZ and Toyota 86 will be arriving at showrooms soon. Both models are very similar with the same drivetrain and suspension upgrades over the outgoing model. Which sports coupe offers more performance goodies for driving enthusiasts?

Subaru offers improved performance over the Toyota 86 by offering the Performance Package on the the 2017 BRZ. This will set it apart from its Toyota 86 counterpart. The Performance Package from Subaru Tecnica International (STI), is available on the BRZ Limited model with the 6-speed gearbox. It includes Brembo calipers and larger rotors on both front and rear brakes for better stopping power. Subaru says the advanced braking system gives BRZ a significant boost in stopping power, fade resistance, and pedal feel.

The package also includes SACHS Performance shock absorbers on all four corners for improved ride and corning stability. Also included in the package are special 17-in x 7.5-in black aluminum alloy wheels.

Both BRZ and 86 will get improved performance and handling

Subaru and Toyota engineers improved responsiveness, stability and comfort by updating the coil springs and dampers as well as the 2017 coupes getting a larger rear stabilizer bar. Reinforcements to the chassis and strut tower braces, transmission cross-member plate and the rear wheel housings were also added to increase BRZ/86 rigidity. The stability control system thresholds are raised to further improve handing. Subaru says the results are dramatic enough, they changed the name on BRZ’s “Sport” mode to “Track”.

PAGE 2: What about engine upgrades?

Both will be powered by the 2.0-liter engine. Unfortunately, it remains naturally aspirated. There’s no turbo model for 2017. But the BRZ/86 powerplant gets several internal updates for friction reduction including new valves, camshaft and cylinder heads. Accompanied with a new aluminum intake manifold and redesigned exhaust manifold for increased air flow, the engine output in models with the 6-speed manual transmission is increased to 205hp and 156 lb-ft of torque.

Subaru says acceleration will improve on 6-speed manual models with a new lower final drive ratio from 4.1 to 4.3:1. It’s mated with the standard Torsen limited-slip differential. If you want improved performance, get the Performance Package on the the 2017 BRZ which will set it apart from its Toyota 86 counterpart.