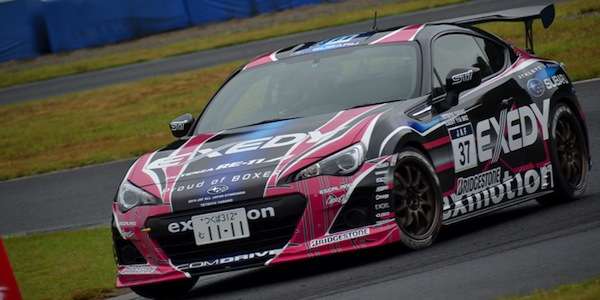 Yamano Tetsuya drove his 2014 Subaru BRZ to a win at the Round 6 of the All Japan Gymkhana. What extreme challenges did he overcome?
Advertisement

It takes a lot to win at the All Japan Gymkhana and 2014 Subaru BRZ pilot Yamano Tetsuya overcame some extreme challenges to win. This was round 6 of the Japanese race at the Twin Ring Motegi Northern Short Course in Japan. The race took place on August 9-10 and the race saw some extreme weather from the Typhoon that had hit the region. This was the first challenge this Subaru BRZ driver had to overcome to win.

Tetsuya showed up at the race on crutches

Yamano Tetsuya pilots his 2014 Subaru BRZ in the PN3 championship class. What was amazing was that Tetsuya showed up at the race on crutches and a cast on his foot as a result of a crash in the previous fourth round of the All Japan Gymkhana.

BRZ driver was not fully recovered

Tetsuya actually tore the ligaments in his left foot during an accident during training for the race. He decided to have surgery after the Hokkaido race in the fourth round. He missed Round 5 of the Japanese race series because of the surgery, and a month went by before he would see race action again.

Tetsuya said he didn’t even know if he could ever race again after the accident. This kind of serious injury requires time for rehabilitation to be able to function normally again. This BRZ driver has not fully recovered, but it couldn’t keep him from competing this past weekend.

A typhoon hits the region

If the injury wasn’t enough to be a challenge, the weather didn’t make it easy either. There was rain on the opening day from the typhoon that moved through the region. The track was slick in the wet conditions and didn’t make things easy for the drivers. Many drivers made mistakes because of the changes in road surface. But Yamano didn’t give up and kept pushing his BRZ hard.

In spite of the extreme challenges because of the rain, his recent surgery and being on crutches and not fully recovered from the training accident, Tetsuya overcame many obstacles to win at the Round 6 of the All Japan Gymkhana. In spite of the odds against him, Yamano Tetsuya piloted his 2014 Subaru BRZ to a victory in the PN3 championship class. The Subaru BRZ is proving to be a formidable challenger around the globe.