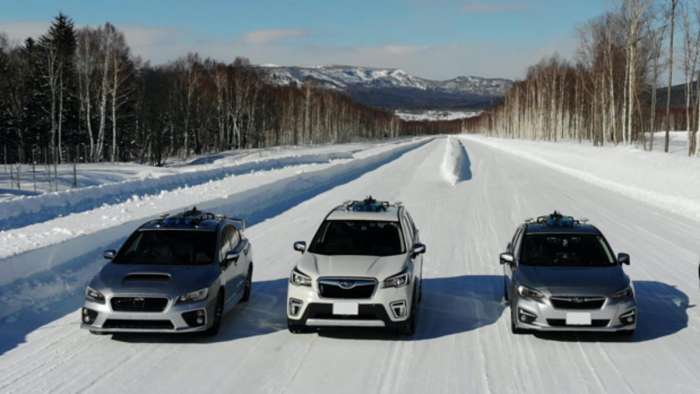 Are self-driving cars safe? Subaru Corporation is out to prove they are. The Japanese automaker announced they had accomplished the world's first self-driving maneuver using a 2021 Subaru Forester and two other vehicles. The Japanese automaker, along with SoftBank Corp., teamed up using an autonomous driving control utilizing the 5th generation mobile communication system 5G and cellular V2X.

Subaru says the Forester SUV successfully merged using the new technology for the first time in the world. The report says the two companies have been conducting joint research since 2019 at Subaru's Research and Experiment Center Bifuka Proving Ground near Tokyo, Japan. The automaker used the Subaru Forester, a WRX S4, and an Impreza Sport for the self-driving test. 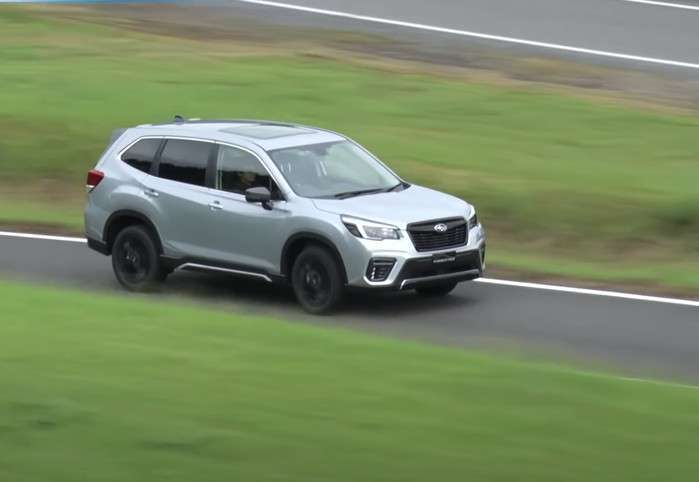 As of November 24, 2020, a survey by the two companies said this is the world's first verification and behavior confirmation of a car successfully merging into traffic based on an actual autonomous vehicle using 5G and cellular V2X.

Subaru conducted two separate tests on the proving ground track. The first case led verification to allow the Forester autonomous vehicle to merge from a ramp to the main road smoothly. 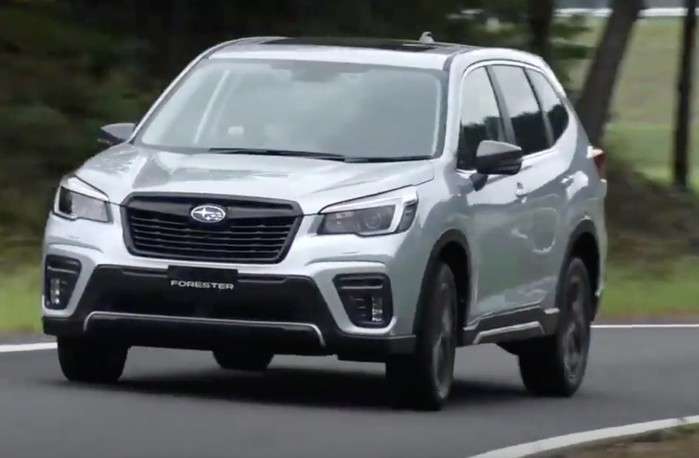 By utilizing the 5G network and MEC server, the merging SUV smoothly merged between two vehicles traveling on the main road based on the control information. Subaru says the SUV "succeeded in doing it."

The second case conducted verification intending to allow the autonomous vehicle to merge when there was no space available for integrating between cars. The cars were traveling on the main road simulating heavy stop-and-go traffic. Subaru says, "We calculated the positional relationship and succeeded in merging smoothly."

The two companies say they will continue to carry out case verification "with an eye on the cooperation between the vehicle control system and 5G and C-V2X and proceed with research and development toward the realization of a safe and secure car society."

Using the 2021 Forester compact SUV, Subaru is the first automaker in the world to accomplish the first self-driving merging maneuver. Subaru says they have a goal of zero fatal accidents by 2030. Subaru is also working on new artificial intelligence (AI) for its vehicles you can read about here. Stay tuned.

Eli wrote on November 24, 2020 - 9:08pm Permalink
Merging in a Slowbaru is hard enough for a human driver to do. Very impressive.
Michael Turner wrote on November 24, 2020 - 9:31pm Permalink
How is this a first? What about Tesla, Waymo, etc? I think something has been mis-translated or mis-reported here.
Kim Diedrich wrote on November 25, 2020 - 12:12am Permalink
Subaru can't even make an SUV with a windshield that doesn't crack. Why not get the basics first? Not all of us want a car that has goofy kid icons for how much gas is left in the tank, just basic please. No lane departure or reminders for back seat passengers needed either. Work on guards for door protectors & making a great quality vehicle for a great price. Tired of the recalls & safety issues.
Erik Pritchard wrote on November 25, 2020 - 12:15am Permalink
Can you clarify how this is a world's first compared to a Tesla merging?
Jai Russel wrote on November 25, 2020 - 1:22am Permalink
1. Completing a maneuver doesn't say anything about whether a self-driving car is safe. In fact, merging is relatively easy compared to many of the other challenges that the car might face. 2. How is this the first self-driving maneuver? Maybe for Subaru? But Waymo, Cruze, Tesla, Comma.ai, etc. have all done maneuvering like this, plus a lot more. And just a side note, after reading this I don't feel like the author has an understanding of what they are writing about. Great, the car can connect to 5G networks. So what? How do we determine what "safe" means? I would argue than any self-driving car that relies on an internet connection via 5G or any other means is extremely unsafe, as any disturbances will prevent it from functioning properly. And how can it drive in remote areas with no coverage?
JJ wrote on November 25, 2020 - 3:00pm Permalink
This is bad journalism in so many ways. Totally misrepresented title, no real details about the actual maneuver referenced in the title...
Mike Pirotte wrote on November 25, 2020 - 5:50pm Permalink
Guys -- Read the title of the article. They say that self driving cars are going to kill hundreds of people. That's a good thing on average un the U.S. we, driving ourselves, are killing about 38,000/year.