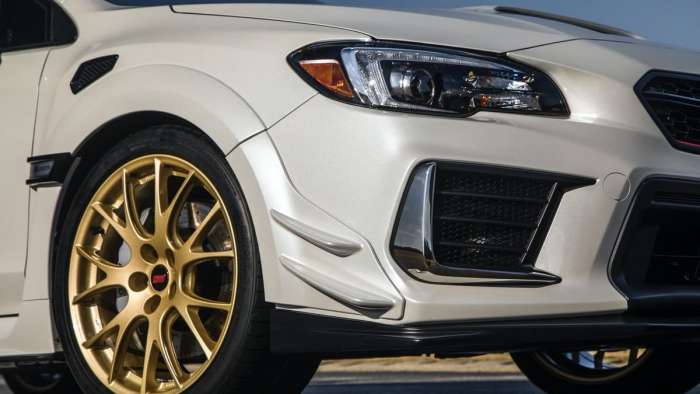 Subaru announced pricing on the 2019 STI S209 at $64,880. See why the price will go up further with large dealer markups.
Advertisement

Subaru of America announced pricing on the limited production 2019 STI S209, the first-ever S-line STI produced exclusively for the U.S. market and it’s more than we expected. We knew the 341 horsepower performance sedan would be expensive but the pricing starts at $64,880 including destination and delivery charges. But we think the price will go up further.

Torque News received an email update from Subaru letting us know “The Wait Is Over The 2019 STI S209 is Here” with a link to check out the new performance car from Subaru Tecnica International. You could search a dealer near you that will get one of only 209 units being shipped from Japan. There are around 625 authorized Subaru dealers in the U.S. and every one of them wants to get on the exclusive edition STI S209 models. 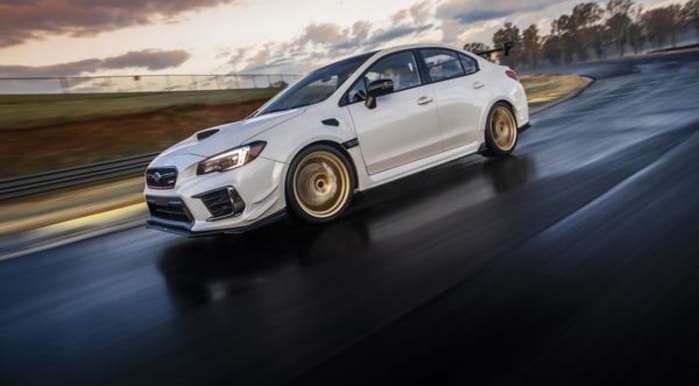 We checked the link to be able to find a dealer who had one, and the link Subaru of America sent was taken down 12 hours after it was sent out. It's back up now, but we are wondering if the volume of requests was so high, they had to reboot the site.

With so few to go around, only select dealers will be able to get their hands on one. Dealers will be fighting to get one too. We aren’t sure how Subaru will divide up the 209 models among 625 dealers in the U.S., but less than a third will get one. And you can bet the dealers that do get an STI S209 will be marking up the price of the rare model. 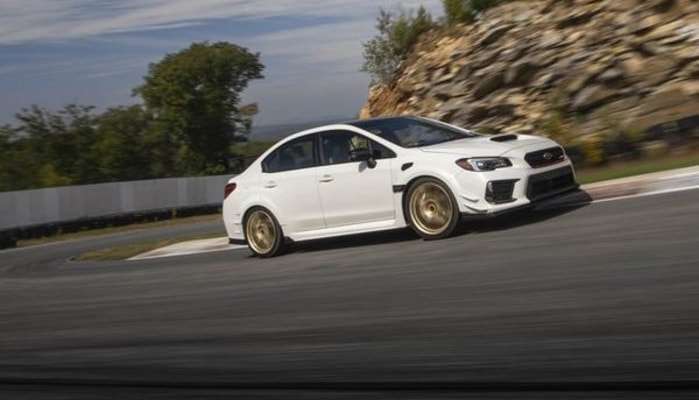 Because the 2019 STI S209 it's technically not even a Subaru model because it’s produced for Subaru by Subaru Tecnica International, the same dealer pricing for them will likely not apply. We think dealers will be able to charge whatever the market will bear and what buyers are willing to pay to get one. Don’t be surprised if the price goes well above $70,000.

There could be bidding wars with so few being offered in the U.S. market and nowhere else around the globe. Dealers can ask as much as they can get, so it’s up to whatever collectors are willing to pay. That brings up the question as to whether the STI S209 will be worth that much? 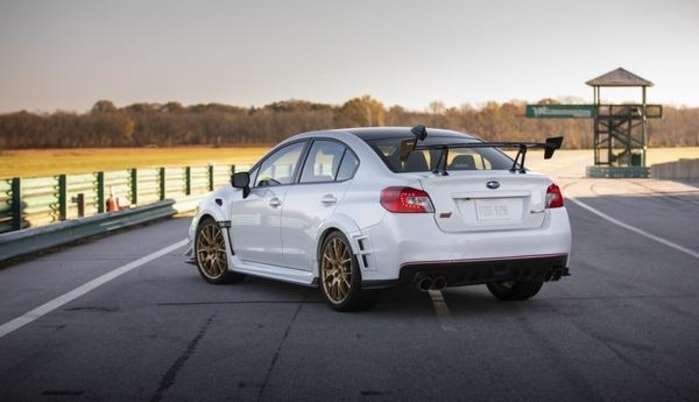 Given only 209 2019 Subaru STI S209 performance sedans will be built for the U.S. market, expect the possibility of some healthy dealer markups well beyond the sticker in the window. Don’t be surprised if you have to pay over $75,000 to get one.

Denis Flierl wrote on October 15, 2019 - 6:11am Permalink
How much do you think buyers will be willing to pay for the Subaru STI S209?
Paul Johnstone wrote on October 15, 2019 - 8:05am Permalink
I had to pay 10K over sticker to get one but gladly paid it
DeanMcManis wrote on October 17, 2019 - 12:19pm Permalink
Wow! $65-$70K could buy you a new 495HP mid-engined 2020 Corvette Stingray. I understand that this is a rare and special Subaru WRX STI, but as a comparative performance car value, you would really need to be a BIG WRX fan to justify the purchase.
Devan wrote on November 16, 2019 - 9:39pm Permalink
STI can fit 4 people comfortably, the Corvette can fit 2 people. STI doesn't risk scraping over speed bumps or moderate approach angles, the Corvette does. STI is AWD and performs well in all conditions, the Corvette, being RWD would be useless in the snow and still scary in the rain unless driven super carefully. So if you like to drive on roads that aren't perfectly smooth, live in an area that has 4 seasons, or need to be able to transport more than one person other than yourself, the STI makes more sense, even at the S209 price tag. The Corvette performs better in a straight line and on a track. The STI performs better literally everywhere else. As far as "performance value" goes, there is much more to performance than simply how powerful a car is or how fast it is. These two are in completely different classes and shouldn't be compared. Personally, I don't like having to turn around and find another way if the paved road I'm driving on turns to dirt. I'd go with the STI every time.
Vince wrote on October 20, 2019 - 5:24pm Permalink
I talked to a local dealer. They are marking up about 10k and quoted 79k out the door.
Stuart Douglas ... wrote on November 15, 2019 - 1:07am Permalink
Our Palm Springs, CA dealer has one in the floor today-$30,000 mark-up! It’s listed for $97,xxx! Crazy!