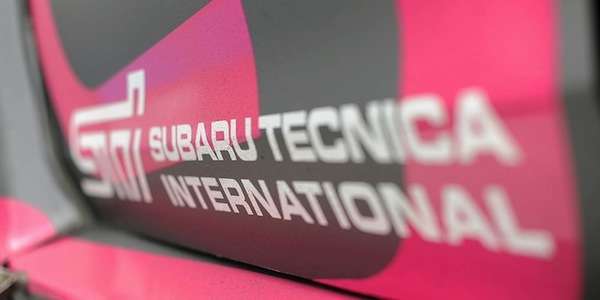 STI is stepping up their involvement with the 2015 WRX STI Global Rallycross cars. What is Subaru motorsports division’s primary goal?
Advertisement

Subaru wants to be successful at Global Rallycross and they are doing everything they can to win. Subaru’s involvement in motorsports goes back decades and it’s not just about winning, it’s also about developing technology for their production cars. What they learn on the race track filters down to cars in their entire lineup. It’s why Subaru vehicles are high on the fun-to-drive meter. Subaru and STI also uses motorsports to keep fans engaged with the entire brand, not just the WRX STI.

First, Yoshio Hirakawa says STI wants fans to learn more about who they are and what they do. Fans will see more of STI at events like the Wicked Big Meet in New England and Subiefest in California where STI had a big display of their motorsport vehicles collection from the past. Hirakawa says along with motorsports events, “We feel this is an important way for them to know what STI products are truly capable of.” STI knows that motorsports keeps performance fans engaged with the brand and it plays a big role in how Subaru markets their products in the U.S., their biggest market.

While fans want to see the 2015 WRX STI GRC cars get more podium finishes, Subaru keeps the race cars closer to the production models their fans can buy than Ford and Volkswagen who are dominating the series. Lance Smith explains, “The WRX STI you can buy off the showroom is the same fundamentally to what we race (in GRC), versus other manufacturers which need to convert to AWD from FWD, or whom race in a series that uses a tube frame chassis and some totally different drivetrain layout.”

For Subaru, it goes beyond one vehicle in their lineup and shows consumers how the entire lineup of all-wheel-drive vehicles will fit their daily lifestyle. It’s more about showing what the brand as a whole will do and creating “excitement for the whole brand, not just WRX STI.” says Smith. STI uses the 2015 Subaru WRX STI in motorsports as a means to create passion for the brand as a whole. Smith says, “The Subaru DNA that makes our cars competitive is really found in all the models; like the low center of gravity Boxer engine and the amazing Symmetrical All-Wheel Drive system.”