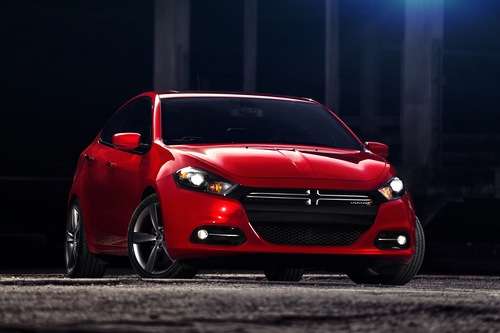 SRT Dodge Dart is hinted at by SRT CEO

With the 2012 Chevrolet Camaro producing 580 horsepower, and the 2013 Ford Shelby GT500 pumping out 662 ponies, it seems to bring a little inspiration to the head of Chrysler’s high-performance tuning branch that produces the SRT Viper. Ralph Giles, CEO of Chrysler’s SRT brand, hinted at the possibility of an SRT Dodge Dart at the unveiling of the 2013 Dodge Viper SRT at the Midwest Automotive Media Assn.’s spring rally of new fuel-efficient models.

At the event, Giles said even with the growing number of hybrids, electrics, and plug-ins, that get high mileage, there is still a market for cars with high horsepower and high mph. Thats good news for Camaro ZL1, Shelby GT500 and SRT Viper fans. And it could also be a harbinger of more good things to come from Chrysler’s high-power tuning branch.

The competition is inspiring SRT to do more

"When we see a Camaro ZL1 that develops more than 500 hp and a Mustang that develops more than 600 hp, we don't get upset, because those cars create inspiration for us. People see those high-performance cars and look at me and ask, 'Ralph…?'" Giles said during an interview with Wards Auto following the presentation. “I welcome a ZL1 and a (Shelby) Mustang because if they can do it, why not us with our SRTs?”

Started in 2002 as a performance arm for the Chrysler group, the Street and Racing Technology division was created from collecting all the performance know-how in the Chrysler group and focusing that knowledge into the development of a line of high-performance vehicles and parts. The current lineup includes the 2013 SRT Viper and SRT Viper GTS, 2012 Jeep Grand Cherokee SRT8, 2012 Chrysler 300 SRT8, 2012 Dodge Charger SRT8, and the Dodge Challenger SRT8 392.

Is an SRT Dodge Dart in Chrysler’s plans?

When pressed with questions about upcoming SRT projects, Gilles said, ”We are looking at an SRT Dart and are interested in whether there is a business case for one. But I can’t talk about it now. How soon could we have one? I can’t talk about that, either.” The new Dodge Dart appears to be the perfect vehicle in the Dodge lineup to get the SRT treatment. The question is not if, but how soon will it happen.

At the official production launch of the Dodge Dart at the Bevidere plant last week, Sergio Marchionne, Chairman and Chief Executive Officer, Chrysler Group LLC, talked about how important the Dodge Dart is to the companies future. Marchionne said at the launch, “The Dodge Dart is a huge step forward for Chrysler in terms of balancing our portfolio and becoming much more competitive in the heart of the North American market. It takes advantage of Fiat’s expertise in small cars and fuel economy, is true to the Dodge heritage of being fun to drive.”

He went on to say, “And judging from what we’ve seen so far, this first child is the start of a big family that is going to grow, that will explore new experiences, will become more capable and more aware of its possibilities as its horizon grows wider and brighter.”

While the top brass at Chrysler didn’t give an official announcement that we will be seeing an SRT Dodge Dart in the future, it sure sounds like the Dodge Dart is going to play a key role in the companies new partnership. And we know for sure that the battle for the most horsepower isn’t going away anytime soon.

Tesla Giga Berlin's New Hurdle: It's Not Only the Gov't, but Now Tesla Itself
Teslas Are Sold Out Until 2023, But The Timing May Reverse
END_OF_DOCUMENT_TOKEN_TO_BE_REPLACED