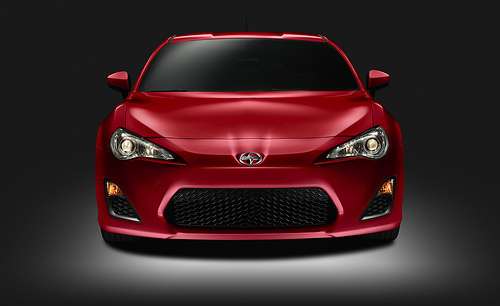 Recent reports say there will be a soft-top version of the Scion FR-S coming early in 2014.
Advertisement

Although rumors have been circulating for month’s, Car and Driver is reporting that a soft-top Scion FR-S is coming in early 2014. The only surprise is that a convertible FR-S is not going to be in showrooms sooner than late next year or early 2014. Tetsuya Tada, Toyota lead developer for the 86 project, has said the car was designed from the start to be both a coupe and a convertible, and so it’s been planned all along.

The Scion FR-S which was developed in partnership with the Subaru BRZ, and the Toyota GT 86 which is sold overseas, are well priced, and just what sports car enthusiasts have been asking for. The Subaru BRZ has been selling so well that demand has been pushing prices at dealerships higher and deliveries have been pushed into 2013. When you give buyers what they want, they’ll respond by opening up their wallets.

The Scion FR-S convertible should also be a good seller for Toyota. What could be better than a reasonably priced, sporty, rear-wheel-drive sports car with the top down. There aren’t a lot to choose from in this segment other than the Ford Mustang and the Mazda MX-5. The expenditure of building a new platform should prove profitable for Toyota, and keep everyone happy.

When Akio Toyoda, who is the president of Toyota, took over the reins a few years ago, Toyoda asked himself, “where is the passion in our lineup?, I want to build a sports car.” Toyoda was instrumental in developing the Toyota GT 86 that will be sold across the globe, the Scion FR-S and the recent launch of the LFA supercar. So it will be no surprise that he would also be behind the development of the Scion FR-S rag-top. The fun is definitely back at Toyota and it looks like they are not done yet building sports cars. A new 400 horsepower Toyota Supra successor is also said to be in the works.

Car and Driver predicts that the new Scion FR-S convertible will have a back seat and at least be considered a four-seater. The addition of a folding mechanism for the roof would mean trunk space would be minimal. Look for the same 2.0-liter, 200-horsepower naturally aspirated boxer four to carry over with a choice of six-speed transmissions in either manual or automatic configurations. But don’t look for a turbo anytime soon.

Reports say the FR-S convertible should be arriving in showrooms sometime late in 2013 or early 2014, with a sticker price a few thousand more than the coupe's $25,000 MSRP. C & D also says that Toyota may be considering other models basing a small four-door sedan and larger coupe off the new platform. Although nothing has been confirmed by Toyota yet.

Tsingshan's Threat to Tesla: EV Maker Is In Battery Crosshairs
Tesla-Funded Research Reveals One of The Biggest Mysteries of EV Battery
END_OF_DOCUMENT_TOKEN_TO_BE_REPLACED