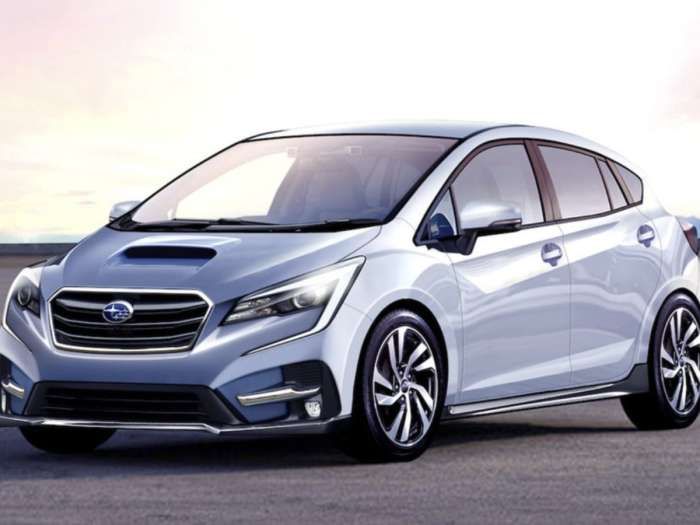 Subaru seems to be getting serious about returning to WRC. New rumors say they are developing a new hot hatch to compete with Toyota and Ford.
Advertisement

Subaru has always been about World Rally Championship racing but they’ve been absent from the WRC since 2008. But that could all be changing soon if rumors are accurate about Subaru Corp building a new hot hatch to compete with the Toyota Yaris, Ford Fiesta, and Hyundai I20. Subaru’s ulterior motives would be to get back into the European market where sales have dropped.

A new hot hatch in the European segment B could be the car they need to do it. A report from Japanese website Spyder7 says, Subaru Corp, who doesn’t have a vehicle that is WRC eligible, is working on one now. Since Subaru withdrew from WRC in 2008, there were no Japanese teams between 2009 and 2016, but since Toyota returned in 2017, Subaru wants back in, too, for 2019. But the WRX STI is too large to compete in WRC.

It would be a stretch for Subaru to bring out a new hot hatchback in 2019 since it takes years to develop a new nameplate unless Subaru has been able to keep it under wraps, which they are good at doing. The report says Subaru will use the 1.8-liter turbo Boxer engine sourced from the Levorg GT Sports Tourer.

Subaru also made a big move in ARX Rallycross, by landing a big fish in bringing on Scott Speed to the Subaru SRTUSA team for the 2019 ARX season. Speed is the ARX champion and has been the top driver in rallycross since its inception.

We could even speculate, Subaru could also use the new smaller hot hatch for ARX competition and be more competitive against the smaller Andretti Motorsport Volkswagen Beetles which have dominated the sport. Could this be the reason Scott Speed joined the Subaru team? He may be the driver to launch this new hatchback model in ARX replacing the larger WRX STI four-door sedan.

Back in April, Torque News reported Subaru Corporation filed a U.S. trademark patent for use of the name “Evoltis” under code 1B, which means “intent to use.” The name could be used on this new Subaru small hatch model. Subaru would use the new Global Platform designed to accommodate hybrid, plug-in-hybrid, and all-electric technology. Subaru has a new name “Evoltis” set aside for some new model in the future, could it be for a new hot hatch?

None of this has been confirmed by Subaru and at this point it’s all speculation. But it’s an exciting prospect if Subaru brings out a new compact hot hatch. Just think what would happen if Subaru Tecnica International gets their hands on it. Subaru would also have a new high-performance hatchback to compete with the Volkswagen Golf R and Ford Fiesta ST.