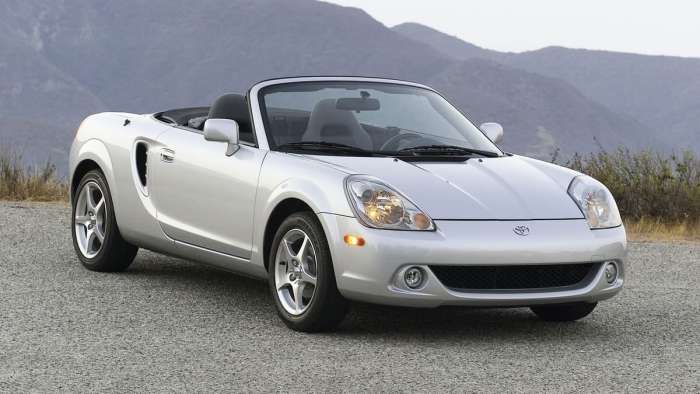 The Subaru boxer engine is in high demand. This time it’s rumored for a Toyota MR2 revival and a second-generation 2.4-liter turbo BRZ/86 launch.
Advertisement

If you are going to build a new sports car, a low center of gravity is the first place to start. The Subaru Boxer engine is in high demand because of it’s low center of gravity making it the ideal powerplant for a sports car. It’s why Toyota wanted it for the Scion FR-S/GT86 sports coupe and now reports from Japanese Nostalgic Car say the Japanese automaker wants to tap Subaru again and use a Boxer powerplant in a new mid-engine MR2 revival.

It sounds like a great idea, but is it true or just another rumor? According to an interviewer with Subaru’s COO Tom Doll at the New York International Auto Show in 2016, it’s not going to happen. He squelched any rumors that a new mid-engine sports car was being developed and undergoing testing at their secret test facility in Japan.

Doll says it’s just too expensive and doesn’t make sense for the small automaker to bring out a vehicle like this. Doll says, “For Subaru to develop an all-new sports car with a mid-mounted engine would be prohibitively expensive.” Subaru did share development and production costs with Toyota in order to launch the BRZ/86 sports coupe in 2012.

While Subaru won’t develop a new mid-engine themselves, will they do another joint project with Toyota building a new MR2 Spyder? Reports say Toyota will tap Subaru Corp and use their 1.6-liter DIT (Direct Injection Turbo) sourced from the Levorg GT sports tourer. The report also says the mid-engine MR2 could be a hybrid model coupled with an electric motor producing 300 PS (296 hp). Stay tuned.

The report also says Subaru and Toyota are working on the second-generation BRZ/86 sports coupe. Again, the Japanese automakers are going to use the popular Subaru Boxer engine, but reports say they will ditch the FB20 2.0-liter naturally aspirated engine and put a new 2.4-liter turbo Boxer under the hood. They could use the 2.4-liter engine sourced from the all-new Ascent family hauler. Fans have been asking for more power in the BRZ/86 duo and the 2.4-liter turbo would give it a healthy boost.

The next-generation Subaru BRZ/Toyota 86 will likely come with the new Subaru Global Platform, and the architecture could change things up for the sports car and allow for a new turbo engine to be used. Toyota chief Tetsuya Tada says it won’t happen with the current platform but left the door open for the second-generation Subaru BRZ/Toyota 86 to get a new turbo engine in the new model coming around 2020. Stay tuned.