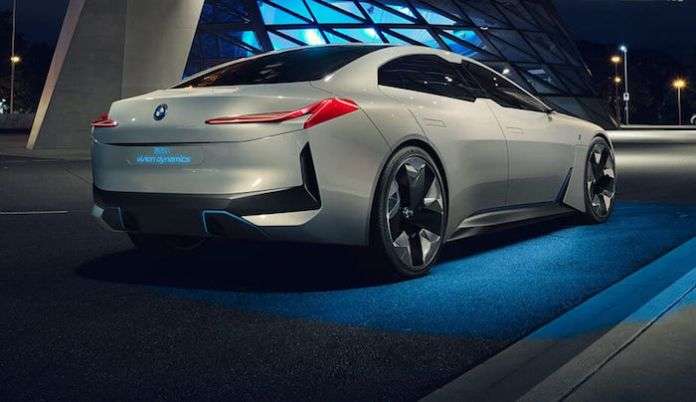 Performance fans aren’t too excited for the new eco-performance models. BMW is trying to change that.
Advertisement

Let’s face it, part of the reason performance enthusiasts like their high-performance machines is because of the throaty exhaust note. You push on the accelerator pedal and love the sound coming from under the big V8 power plant under the hood. It’s a big reason why many automakers offer a performance exhaust system from the factory. Automakers like BMW, also pipe in engine sound into the cabin.

If you’ve ever driven an all-electric vehicle (EV), there’s no sound, and they are eerily quiet. It’s a bit weird even though they have excellent acceleration because of the batteries extra torque. But somethings missing. BMW is working on the solution because the EV revelation is coming, and they will continue “The Ultimate Driving Machine” theme with their next-generation EVs. And performance fans want it.

According to a recent report by Car Advice, BMW’s head of powertrain concepts, Andres Wilde says, the Bavarian automaker is working on a way to make the car of the future sound like a high-performance machine even without a high-performance internal combustion engine. “We are working on that, in the laboratory last week. It’s hard to describe, I cannot sing it. It’s not so easy to keep this sound from a six- or eight-cylinder,” said Wilde.

It’s not just for performance fans, a report from Electrik says, regulators are asking automakers to infuse their EVs with some sort of sound for safety reasons so pedestrians can hear the cars when they are crossing the street. BMW has been piping in sound into the cockpit in their latest generation of turbocharged M cars, so they already have the technology.

Look for next-generation eco-performance cars from BMW and other automakers to be infused with some sweet exhaust note. BMW has pledged to put 25 electrified models on the road by 2025, so get ready. They will pipe in a synthetic sound for safety reasons, and performance enthusiasts will get a sweet exhaust note for different reasons.