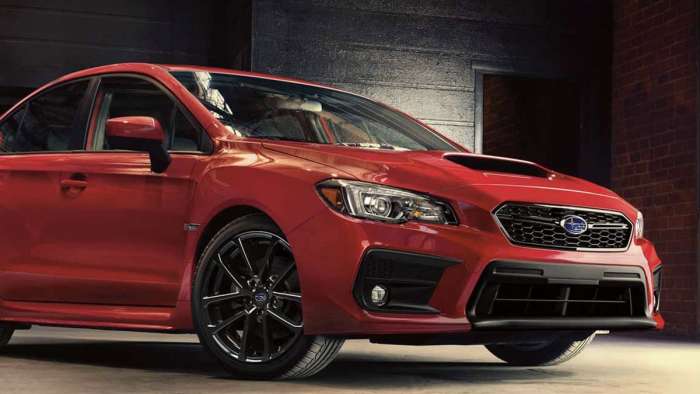 Performance car shoppers have lots of choices, but which one is the best sports car under $30,000? The 2020 Subaru WRX brings one quality no other sports car offers and it's not all-wheel-drive.
Advertisement

When you buy a sports car you want the best power-to-weight ratio, stopping performance, and fast 0-60 times. There are lots of good choices for performance car buyers that offer all these things. But one sports car brings one quality no other brand offers. There are 10 other sports cars under $30,000 that are fun-to-drive, but the 2020 Subaru WRX brings something totally unique. It’s more than all-wheel-drive that sets it apart from all other models. It’s called balance. 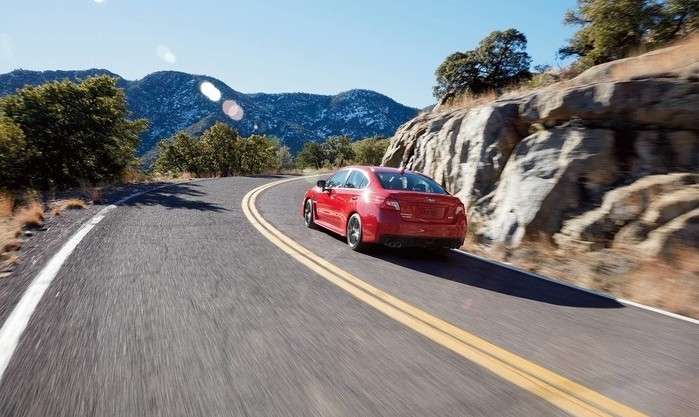 The 2020 Subaru WRX ($28,395) brings a unique quality called balance that sets the sports car apart from all others. As with a professional athlete, it’s the most important thing and it’s the difference between being good and being great. Scientifically, balance is defined as the body’s ability to maintain its center of gravity above its base of support.

The WRX brings the flat-four Boxer engine and it’s not offered in any other sports car under $30,000. The horizontally-opposed design allows the engine to sit low in the chassis lowering the center of gravity giving the sport-tuned WRX optimal balance and the best driving dynamics. It’s what sets the brand apart from all other automakers. 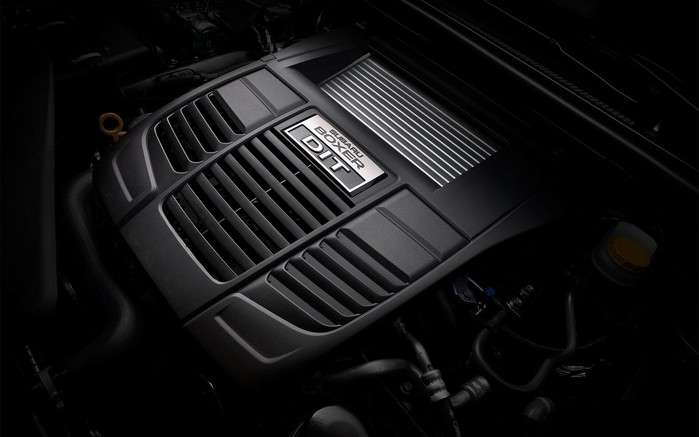 It starts with the 2.0-liter turbo Boxer

You don’t get this low center of gravity with an inline four-cylinder or a V6 engine design. If you make a mistake in the WRX you’ll still be ok and the car won’t hurt you. If you make a mistake in a front-drive or rear-drive sports car, with an inline or V6 engine that doesn’t have the best balance, you could get hurt. It’s also the only entry under $30,000 that brings all-wheel-drive. It works in concert with the car's overall balance that brings stability you won’t find in other sports cars.

The Hyundai Veloster N beats the Subaru WRX in power-to-weight ratio, but the WRX’s turbocharged 268 horsepower is just one part of its synergy that sets it apart. In professional sports, studies show that having greater balance leads to better performance. It’s the same with the 2020 Subaru WRX. With the WRX, it’s about synergy and how the car responds to driver inputs and its overall driving dynamics and stability. WRX brings the best balance of any sports car under $30,000.

You Might Also Like: Two Subaru Models Get The Most Speeding Tickets - The WRX/STI is one, can you guess the other?

HW wrote on May 11, 2020 - 10:31am Permalink
You forgot that the mentioned Toyota 86/BRZ also uses the Subaru flat four.
Tom Simpson wrote on May 12, 2020 - 4:47am Permalink
Yeah, echoing HW - the BRZ has almost exactly the same engine. The BRZ D45 is basically a naturally aspirated 2L EJ2xx engine that you'd find in most non-STI WRX models.
Jonathan Mitchell wrote on May 12, 2020 - 10:34am Permalink
Wow so a miata is not balanced. 50/50 weight distribution That is a first time that any one has said that.
Rich Parr wrote on May 15, 2020 - 11:31am Permalink
Jonathan.. 50/50 front to rear is not the same thing as a low center of gravity. The WRX sticks to the road much better than a Miata (having driven both for over 100k miles, I approve of this message).
Shane Pettit wrote on May 16, 2020 - 7:25am Permalink
A miata goes like 20 mph.
Paul Richard Stabin wrote on May 24, 2020 - 3:08pm Permalink
You must not have driven the SI back to back. I drove the 2018 WRX before buying the SI, thinking I wanted an STI or at least a WRX. The SI has not only a better shifter and brakes, but actually handles brilliantly. Not as well as the Type R I just traded it in for, but as well as the WRX.If you know how to trail brake correctly. At least on anything but snow and ice. Which we don't have here in the AZ desert. And reliability is just better on the Honda. 52,000 miles on that '17 SI and no issues.
classic car parts NZ wrote on December 4, 2020 - 7:49am Permalink
Here we get to know about the topic in detail. It helps us to decide that which one is best among its types. I enjoyed reading this article and would suggest others it as well. Thank you for this article! This is really very informative for us.