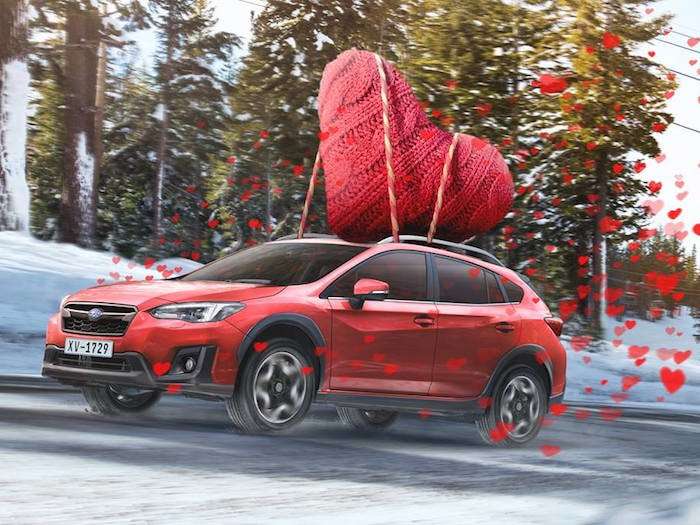 On Valentine’s Day, Subaru gets more love than any other brand on Instagram. Can you guess which model gets the most love?
Advertisement

When it comes to love on Valentine’s day, the sport-tuned Subaru WRX gets the most love from fans. The team at SubaruPartsPlus.com researched the top models and Subaru-based hashtags seen on America’s third largest social network, Instagram, and found the WRX sports car leads the love Subaru drivers give via Instagram posts.

In the graphic below, seven Subaru models get the most hashtag mentions, but it’s the Subaru WRX that leads by far. “When it comes to Subaru enthusiasts, the racing community is really active on social media and the WRX has almost 500,000 mentions,” says Steve Ferreira, director at SubaruPartsPlus.com. “However, Outback and Forester owners have included hashtags in photos of their kids and dogs in the backseats, road trips, camping adventures, and snow play about 100,000 times.” 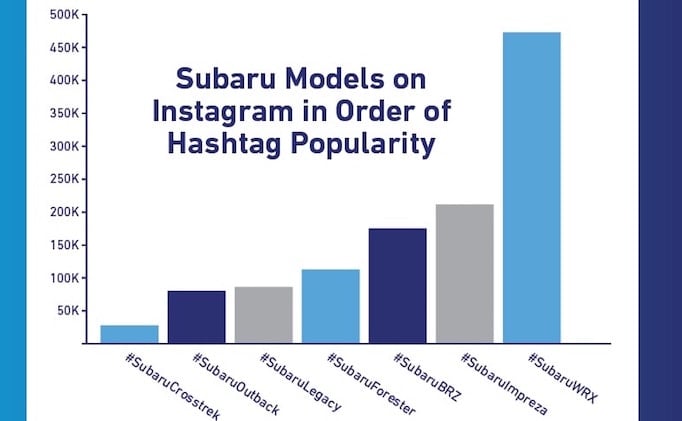 They found #subaru has 7,615,377 Instagram posts as of Feb. 12, 2018. While the posts themselves are as diverse as the Subaru models, some hashtags encompass racers, customizing fans, and outdoor enthusiasts.

SubaruPartsPlus.com found Subaru enthusiasts often tag their posts with some variation of the pet name, “subie.” To honor Valentine’s Day, they looked at which hostages are used most often on Instagram. While there are more than 50 creative hashtags currently used to share Subaru posts, here are the five most popular ones.

The graphic above shows the Subaru Impreza (encompassing older WRX models) and BRZ tags are the next most popular models behind the most popular Subaru WRX. Where is the WRX STI? Subie fans include the STI in with the WRX and sometimes don’t distinguish between the two. The Subaru WRX and WRX STI are by far the most loved by Subie fans, and not just on Valentine’s Day.