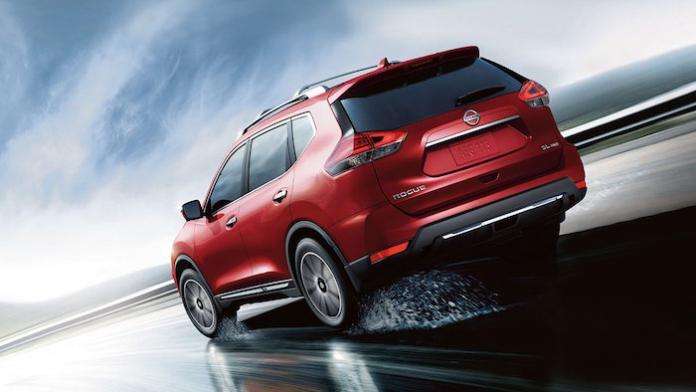 Nissan Rogue Is A Superstar: Why It’s The #1 Choice For SUV Buyers

The 2017 Nissan Rogue is the new U.S. sales King; How does it out-sell all other SUVs?
Advertisement

The new 2017 Nissan Rogue is a real superstar with American SUV/CUV buyers. The SUV/Crossover segment is the number one non-pickup selling vehicle category in the U.S, and the new 2017 Nissan Rouge is outstripping all other SUVs and crossovers. The Nissan Rogue is the new U.S. sales King, outselling all other SUVs, CUVs and sedans in America. If you are seeing more Rogue's on the road, that's the reason.

Through the first 6 months of 2017, it’s the newly-redesigned Nissan Rogue leading all other vehicles in sales volume. It’s the only non-pickup to sell more than 188,000 units January-June 2017. The Nissan Rogue is a real superstar, up 31 percent over last year.

According to Seeking Alpha, Nissan Rogue was also the one with the largest percentage sales increase from the prior year. They say, “In other words, the volume-selling SUV with one of the largest “bases” from 2016, also grew some of the fastest in 2017. That is an unusual event, as it seems to undercut the law of large numbers.”

What is going on with the new Rogue SUV that has buyers snatching them up in record numbers? The Rogue received a complete makeover for 2017, the Japanese automaker launched a new hybrid version during the first half of 2017, and they also launched the new smaller Rogue Sport in June. Rogue was also a sponsor of the new Star Wars film, “Rogue One: A Star Wars Story” that got it extra attention.

The Nissan Rogue Hybrid offers a second powertrain choice for Rogue buyers for the 2017 model year. It comes in FWD and AWD configurations. Like its stablemate, the Hybrid version offers freshened exterior and interior styling, additional safety, security and driving aid technology, and a wide range of standard and available comfort, convenience and utility features.

The Rogue Sport is not just another Rogue with a new nameplate. It’s smaller than the standard Rogue and comes with a lower price. Rogue Sport has a 2.3-inch shorter wheelbase and a 12.1-inch shorter overall length than Rogue, which makes it a capable urban commuter. It features up to 61.1 cubic feet of cargo space (2nd row seat folded) and available innovative Divide-N-Hide Cargo System to the Around View Monitor (AVM) with Moving Object Detection (MOD).