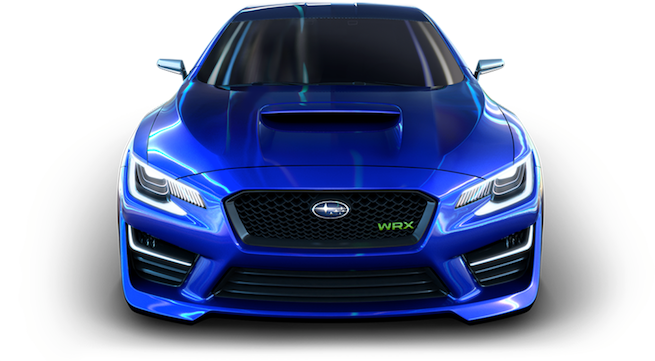 Next-generation Subaru WRX to be revealed in LA next month

The next-generation 2015 Subaru WRX will make its global debut next month at the LA Auto Show 2013 and will launch in early 2014.
Advertisement

The wait is almost over as the reveal of the next-generation 2015 Subaru WRX is getting closer. It’s been reported by Motoring.au that the global reveal will take place in the U.S. next month. The LA Auto Show next month will be the location for the debut of the much-anticipated next-gen Subaru WRX. According to an official release form the LA Show, Subaru will bring a new global introduction along with 21 other automakers introductions next month.

The report from Motoring.au also says the nex-generation Subaru WRX will launch in the first quarter of 2014 in Australia to coincide with the WRX’s 20th anniversary. Nick Senior, Subaru Australia boss, says the new WRX will come with a higher price tag but also higher performance, new equipment and refinement gains “to sweeten the offer.”

Subaru continues to attract new buyers to the brand across their lineup, and the Japanese automaker will make refinements to the new WRX that will attract a new audience to the performance WRX. It appears the new 2014 WRX will come with an upgraded interior and refinements and also significant extra equipment to appeal to a wider audience.

Senior told Motoring.au, "I think the real DNA of WRX over the time has been its driving credentials, and I know certainly from the factory point of view, the driving experience of the new WRX was paramount... I've had the opportunity to drive it and I think it will not disappoint any of those existing customers. But I think it will appeal to new customers because of the changes that they've made. Everyone's conscious that we need to widen the appeal of the WRX, and I'm certain that this car is going to hit the mark," he said.

We can expect a new WRX STI to have better performance as it will be also coming next year. The higher-performance next-generation 2015 WRX STI will arrive shortly after the WRX makes its launch according to Nick Senior. The Australia boss indicated it will come within two month’s of the WRX launch which will be much sooner than in the past.

In the report, Senior says, “In the past the gaps between the releases have been up to 18 months. This time the new STI version will hit showrooms closer to its partner. Traditionally it's been a bit of a gap, but I expect a lot less of a gap this time – probably only a couple of months at the most."

We saw the WRX Concept debut in New York. The wait is almost over and the new next-generation 2015 Subaru WRX will make its reveal in front of a global audience at the 2013 LA Auto Show which runs from November 19, 20 and 21. Stay tuned to Torque News for the latest 2015 WRX and WRX STI news.