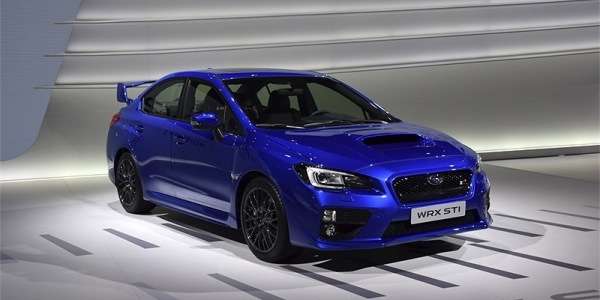 The 2015 Subaru WRX/STI has been recognized for its performance credentials. What award did it received form Australia?
Advertisement

The 2015 WRX has already been voted “Best Sport Sedan” in the world, now the pair 2015 Subaru WRX and WRX STI get a global award to add to the trophy case. Subaru’s performance car credentials have been recognized by the popular motoring.com.au website, gaining “recommends” awards in the Performance cars under $100,000 category.

The new-generation 2015 Subaru WRX / STI are not the only performance cars to be honored by the Australia website. The 2015 Subaru BRZ also was recognized in the same category giving Subaru a trio of cars from their lineup that are voted best in their respective categories. BRZ won the same award in 2012 and 2013, while the motoring.com.au award is the first win in Australia for the new generation WRX and WRX STI.

Cars evaluated from many factors

All the sports cars were evaluated by the automotive journalists at the motoring.com.au website across a wide range of criteria, including performance, refinement, handling, suitability for purpose and value-for-money. Resale, reliability and factors such as warranty and the availability or otherwise of benefits such as capped price servicing were also considerations.

The new generation Subaru WRX was also recently voted “Best Sport Sedan” in the world by MotorWeek earlier this year. MotorWeek's Drivers' Choice Awards have been presented annually since 1983. These are the cars anyone would like to have parked in their driveway. They look at many factors that matter most to consumers. Then their editorial staff selects the best models in a variety of lifestyle categories ranging from family sedan to luxury car, to large utilities and pickups. This year, the all-new 2015 Subaru WRX won “Best Sport Sedan” in the annual Drivers' Choice Awards.