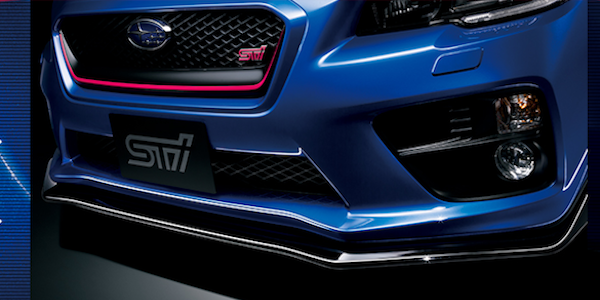 A New Subaru WRX STI All-Electric is Coming; The Only Question is When

An all-new Subaru WRX STI All-Electric performance car is coming; The question is when.
Advertisement

There is a new EV revolution that’s already here and it will impact WRX STI performance fans in a big way. There will be a new Subaru WRX STI all-electric sports car, the only question is when. It’s coming to all automakers as the tipping point for the industry has been reached. 2016 will be known as the year when automakers committed to the technology.

Performance enthusiasts will need to change their perception of the new technology and get ready for the paradigm shift to an all-electric future. The technology isn’t being driven by consumer demand, but by circumstance, politics and regulation. Automakers around the globe have reached the point where they have accepted the inevitability of a future that is substantially electric.

How will this Impact Subaru?

When Subaru announced their new Global Platform with the introduction of the 2017 Impreza, they also said the new platform will support, gasoline, hybrid, plug-in hybrid and all-electric drivetrains. A plug-in hybrid and a new all-electric Subaru vehicle is coming soon. Both are in the pipeline now. Yasuyuki Yoshinaga, CEO of Fuji Heavy, told Automotive News, the vehicles are already on the drawing board.

According to Japan’s Nikkan Asian Review, Subaru will likely produce an all-electric crossover by the year 2021. If reports are accurate, Subaru plans to launch the electric all-wheel-drive crossover in the U.S. by 2021 to further meet more stringent emissions regulations. Subaru won’t produce an all-new vehicle, it will likely be an existing model in the lineup.

Subaru has already said they will introduce their first plug-in hybrid to meet U.S. zero emissions vehicle regulations that take effect in 2018. Subaru dropped the Crosstrek Hybrid, but it should be revived when they launch the new-generation Crosstrek crossover which is the next Subaru model due for a remodel after the 2017 Impreza.

As automakers are going all-in for an all-electric future, Subaru will need to make the transition to an all-electric lineup. With the performance car segment, a new term called “eco-performance” will be the norm soon. It’s coming a lot sooner than anyone imagined. An all-electric Subaru WRX STI is coming too. It’s just a matter of when it will arrive.

anthony frustaci wrote on January 2, 2017 - 3:58am Permalink
Current and new electric hybrid looking at purchasing in next 2 months