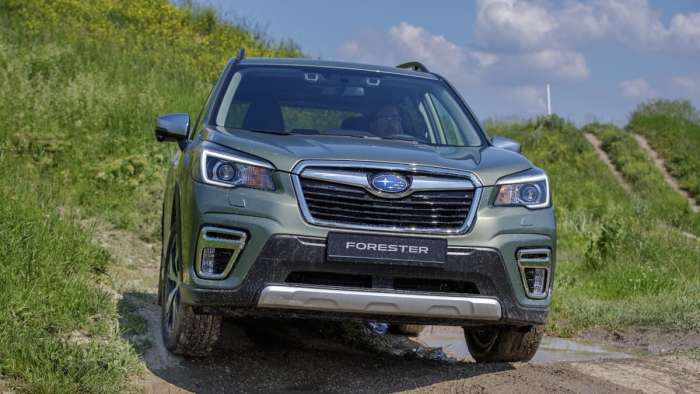 Subaru Corporation is sending the new 2020 Subaru Forester e-Boxer Hybrid model to Europe and Australia, but unfortunately U.S. customers can only look and not touch. It would be an excellent small SUV to compete with the Toyota RAV4 Hybrid and new Honda CR-V Hybrid, but for now, Subaru is only selling it in smaller global markets.

How does the Subaru Forester e-Boxer work?

The 2020 Subaru Forester e-Boxer Hybrid comes with the same features as the standard model but gets a totally new powertrain. The Forester e-Boxer uses the same FA20 2.0-liter direct injection gas engine as the Crosstrek Hybrid compact SUV, and mates it with an electric motor. It uses a lithium-ion battery unit that is mounted under the rear cargo floor and Subaru says it allows pure-electric driving at speeds up to 25 mph. 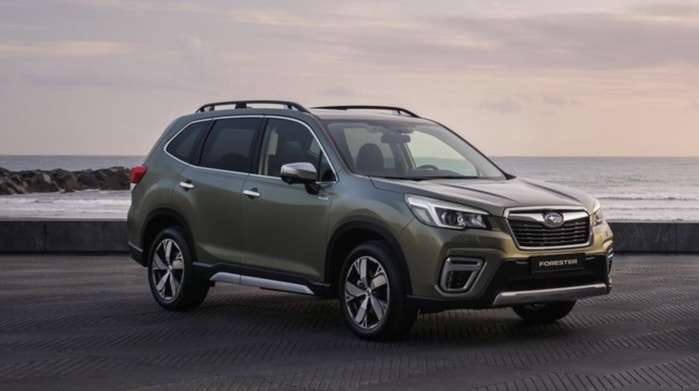 The Forester e-Boxer power-split adjusts according to the driving condition and alternates between three driving modes: EV driving, Motor Assist, and Engine mode. EV Driving allows for all-electric driving for distances of about a mile and reaches speeds of up to 25mph. Subaru says it gives a 10 percent improvement in fuel economy can be seen compared to the 2.0-liter gas model. 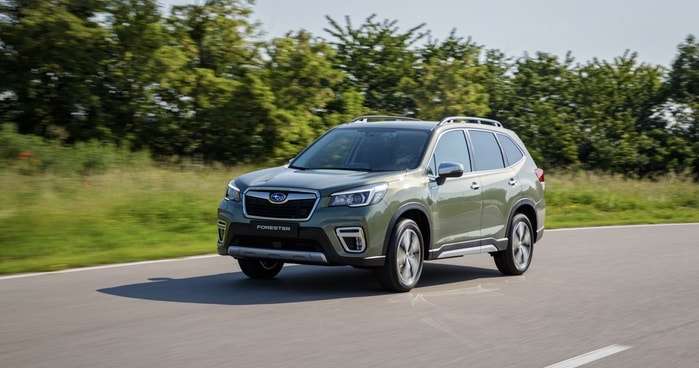 Motor Assist Driving is used at medium speeds where the electric motor and engine work in concert to improve performance and fuel-efficiency. This is where engine torque is improved and improves off-road ability as it generates earlier torque when using X-Mode and also assists when towing. In the Engine Driving mode, the Forester e-Boxer uses the 2.0-liter gas engine at higher speeds, and depending on conditions, recharges the battery.

How much can the new Forester tow?

Because of the extra torque the electric motor adds, Forester e-Boxer’s towing capacity has increased to 4,000 lbs (1,870 kg). The standard Forester only has a 1,500 lb towing capacity. This will allow the new Forester Hybrid to be used for recreation to tow a larger camper or utility trailer. 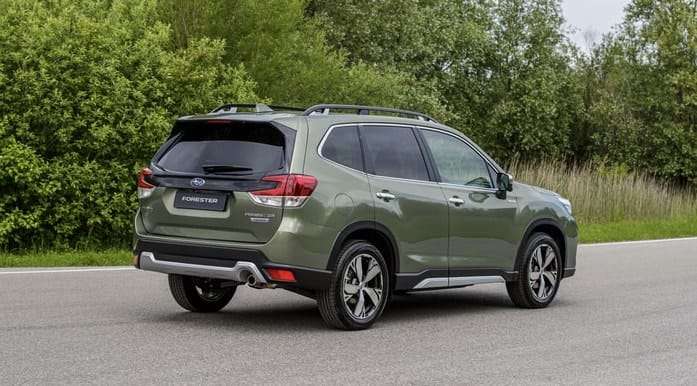 2020 Forester battery is under the rear cargo deck

Subaru says the Forester e-Boxer design is arranged in a symmetrical layout with the battery and electric motor placed under the rear cargo deck, above the rear axle, and are aligned longitudinally near the vehicle's center of gravity. This improves handling with balanced weight distribution.

The 2020 Subaru Forester e-Boxer Hybrid is available in eight colors and is in European showrooms now. U.S. customers can only look and not touch.