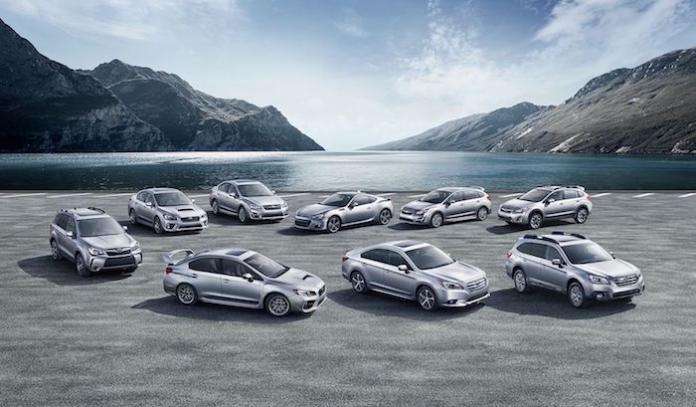 A scandal has rocked the Japanese auto industry. Subaru, Toyota, and Honda all said they used falsified materials supplied from Kobe Steel.
Advertisement

The automotive industry in Japan has been rocked by a metal data falsification scandal. In a report from Nikkei Asian Review, Kobe Steel who supplies aluminum for the automotive and airplane industry is said to have supplied false data about the strength and durability of its aluminum and copper products. The affected products are supplied to some 200 companies including Subaru, Toyota, Honda and Boeing.

Aluminum is widely used in cars, planes and high-speed trains in Japan which use the light-weight metal to increase fuel efficiency. Kobe Steel has acknowledged shipping their copper and aluminum products to more than 200 customers but didn't disclose their names. Subaru, Toyota, and Honda all said they used materials from Kobe Steel that were subject to such falsification.

The false data supplied to automakers was intended to make metals look like they met clients' quality standards. Subaru Corporation announced Monday they were using Kobe Steel's data-adjusted aluminum products in their cars and aircraft. Subaru also makes parts for the Boeing 777X next-generation large passenger jet, but says nothing so far has raised safety concerns.

A Subaru company representative said, ”We will put the safety of customers using our products first.” Boeing said in a separate statement, “Nothing in our review to date leads us to conclude that this issue presents a safety concern, and we will continue to work diligently with our suppliers to complete our investigation.”

Toyota, which also uses Kobe Steel materials, said they use the aluminum in hoods, doors and peripheral areas for which the supplier falsified data. “We are rapidly working to identify which vehicle models might be subject to this situation and what components were used,” Toyota spokesman Takashi Ogawa said. “We recognize that this breach of compliance principles on the part of a supplier is a grave issue.”

The report says, Honda said it also used falsified material from Kobe Steel in car doors and hoods, and Mazda Motor also confirmed it uses aluminum from the company. Nissan Motor and Mitsubishi are also top customers of Kobe Steel and said they are checking whether their vehicles are affected.

The scandal spreads through the Japanese auto industry and across its boarders. According to Bloomberg, General Motors, and Ford Motor are also top customers of Kobe Steel and could also have cars affected by the scandal. At the moment, the impact of the falsified metal products supplied to automakers is unclear, or whether it will lead to recalls for Japanese automakers like Subaru, Toyota, Honda and other auto manufacturers.

LG's New EV Battery Plant Is a Welcome News for Tesla
Tesla Giga Berlin's New Hurdle: It's Not Only the Gov't, but Now Tesla Itself
END_OF_DOCUMENT_TOKEN_TO_BE_REPLACED