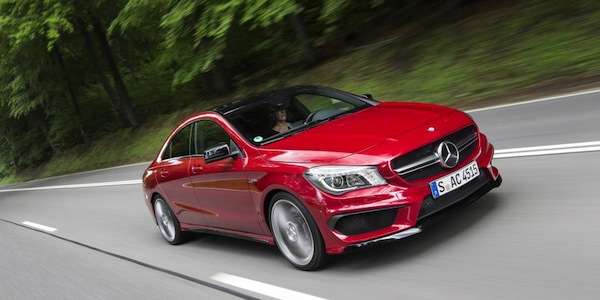 Mercedes-Benz has announced they will launch a new 2015 CLA-Class Shooting Brake. When will wee see the new CLA wagon?
Advertisement

Mercedes-Benz said they would be launching 30 new models over the next six years by 2020, and the 2015 CLA-Class Shooting Brake will be one of the next new models. Mercedes continues their product offensive and has plans to be the number one luxury brand on the planet. Part of their strategy is to appeal to new millennial buyers who have never purchased the Mercedes brand before.

When will Mercedes launch the 2015 CLA Shooting Brake?

The 2015 CLA will be built in Hungary

The Mercedes-Benz brand launched the compact class A, B, CLA and GLA-Class vehicles worldwide, and in the first half of 2014, 215,205 customers opted for the new luxury compacts. Mercedes says the new 2015 CLA-Class Shooting Brake will be produced in the Hungarian Mercedes-Benz plant in Kecskemet. The plant in Hungary is the companies first plant in Eastern Europe and was built at a cost of $1.06 billion. It’s a big part of the Mercedes global strategy.

Mercedes offensive shifting up a gear

At the opening ceremonies, Daimler CEO Dieter Zetsche talked about the importance of the new location, stating, “With the start of production in Kecskemet, the Mercedes-Benz offensive in the premium compact segment is shifting up a gear. With the production network of the Rastatt and Kecskemet plants, we now have the capacity to meet the demand from many existing, and new customers in the premium compact segment.”

In April 2013, Mercedes-Benz introduced the new CLA compact luxury car to the European market, and then launched the four-door coupe in the U.S. on September 20. The new stylish coupe has become a top seller around the globe for the brand. Steve Cannon, head of Mercedes’s U.S. sales said, “This is our best launch in 20 years. The CLA has been a phenomenal success right out of the gate.”

Now Mercedes-Benz continues their product offensive with the launch of the new 2015 CLA-Class Shooting Brake next year. Look for the 2015 CLA-Class wagon to make its global debut at the end of 2014.

Other Mercedes-Benz CLA-Class stories of interest.
Why a new generation is flocking to the new Mercedes CLA-Class