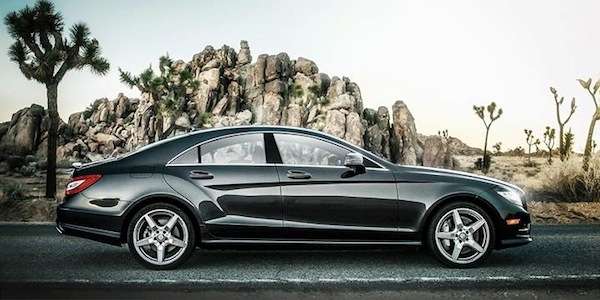 Meet the stunning car that inspired the popular CLA-Class

One of the reasons the all-new 2014 Mercedes-Benz CLA-Class has been such a big hit has been its impressive styling. But its inspiration came from another Mercedes sedan that was the original four-door coupe, that “captured imaginations and spawned legions of imitators.” It’s the 2012 Mercedes-Benz CLS pictured above.

Mercedes-Benz has been a leader in this four-door coupe design language and the 2014 CLA-Class takes its inspiration directly from the CLS. It has kept the competition scrambling, not only trying to mimic its aggressive, muscular profile, but trying to keep up with its 402-hp 4.6-liter biturbo V-8.

Hubert Lee creative design Director at Mercedes-Benz played a major role in developing the new CLS. Lee says, “I’ve always wanted to design cars. The CLS created a whole new segment, so for me it was a big challenge to make something special out of the second generation CLS. I wanted to put a dose of power into the design of the car.”

If you can imagine a cheetah crouching before take-off, that’s what Lee wanted the new CLS to look like. Lee was able to pull it off with the unique styling. Mercedes actually had a new campaign theme of “Untamed” for the 2014 CLA-Class that is aimed at “breaking free of the constraints of convention to become the leader of the road-going pack.” Mercedes wanted to focus on the unconventional, self-assured and sporty image of the new 2014 CLA four-door coupe. The car is unconventional with its sporty coupe-like look.

Like the CLS, the CLA is a vehicle in a class of its own. As the little brother of the CLS, it is appealing to a generation who bring a certain non-conformist approach to life. Mercedes features unique limited edition models like the 2014 CLA Edition 1 that are exclusive and enticing. The CLA-Class definitely stands out from the crowd.