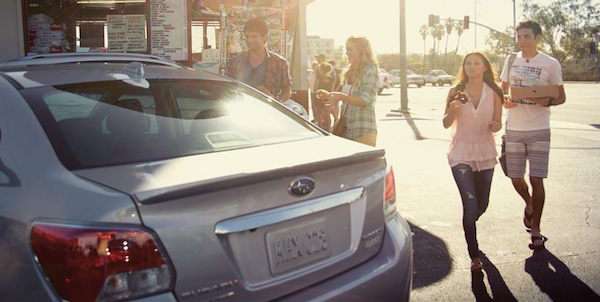 KBB's Best Back-To-School Cars: Why Subaru Impreza Gets the Nod

Kelly Blue Book names the 2016 Subaru Impreza as one of the “10 Best Back-To-School picks of 2016. Should you buy new or used?
Advertisement

The 2016 Subaru Impreza is a popular car for a younger generation. The all-wheel-drive Subaru is named Kelly Blue Book’s (KBB) “10 Best Back-To-School picks of 2016. KBB says it’s a top pick because of the compact’s safety, style, and value.

Should you buy new or previously owned?

Speaking of value, you may want to buy a new one over a previously owned model. Impreza also received KBB’s Best Resale Value Awards last year. The Impreza is projected to retain value through the initial five-year ownership period. Every new car drops in value when they are driven off the dealers lot, and some retain their value better than others.The Impreza is one of them.

You can find previously owned 2014-2015 sedans and hatchbacks for sale, but they are typically priced just a few thousand dollars less than a brand new model. For many buyers, it makes sense to get a new 2016 model (if you can find one). It will come with the full factory warrantee, and you don’t have to worry about replacing tires, brakes and other regular wear items.

You may want to wait for the 2017 Impreza

If you can wait, it would be wise to look at the all-new 2017 Impreza coming to dealers later this fall. The car will be all-new, and gets Subaru’s new Global Platform with improved safety and driving dynamics. The 2017 model will also be roomier and will come with Subaru’s EyeSight driver assistance safety system.

If you want a good back-to-school vehicle, KBB says the 2016 Subaru Impreza is one of the best. They say it’s a top pick because of the compact car’s safety, style, and value. If you want the new and improved model, it’s coming to Subaru showrooms later this year. It’s being built right here in the US for the first time.