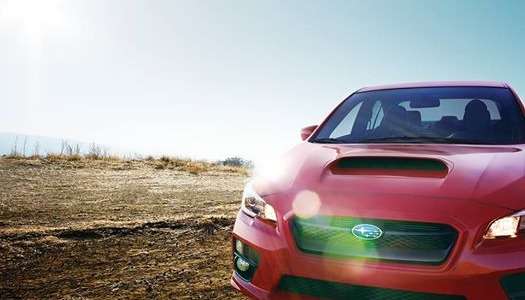 ESX Motorsports takes the 2015 Subaru WRX STI and turns it into the ultra-exclusive 2015 Subaru ESX STI “Red Dragon” Edition. Where can you buy one?
Advertisement

ESX Motorsports is known for taking Subarus and making them extremely fast. Now they take the 2015 Subaru WRX STI performance car and turn it into the ultimate street and track model for performance enthusiasts. The Special 10th Anniversary Edition 2015 Subaru WRX STI “Red Dragon” Edition is ultra-exclusive and will only be available for a short time and in very limited numbers. Who is ESX Motorsports?

ESX Motorsports brings years of racing experience to the table and has 18 NHRA first place wins and has set numerous Subaru world records. Their latest creation is the new 2015 Subaru WRX STI and turns it into the ultimate street and track machine. It’s called the 2015 Ali Afshar “Signature Series” ESX STI. What will the Special 10th Anniversary Edition 2015 Subaru WRX STI “Red Dragon” Edition come with?

The ESX STI will come with a number of exterior enhancements. It will feature special white racing stripes from the front air dam to the rear bumper, blacked-out wire mesh grille, carbon fiber front air dam, light weight ESX wheels and ESX numbering on the front bumper to show its ultra-exclusivity.

On the inside ESX STI gets special cabin upgrades to set it apart. It features race-inspired stripes on the front seats, door panels and ESX embroidery in the headrests. It also gets a color matched seat belt crossbar with 4 point seat harness with ESX embroidery and an adjustable ESX shift knob for the six-speed transmission.

The ESX STI will only be available for a short time, and only 25 cars will be built by ESX Motorsports. These high-performance 2015 Subaru WRX STIs will be available on either coast in the U.S. and will have very limited dealer availability. Here’s a complete list of Authorized Subaru dealers in the U.S. who will offer the 2015 Subaru ESX STI “Red Dragon” Edition.

Each ESX STI is hand-crafted and will be numbered for authenticity and exclusivity. For more information on the special edition 2015 Subaru WRX STIs from ESX Motorsports, go to http://esxproductions.com/esxprod/contact/ or contact one the Subaru dealers listed above.

Other Subaru ESX Motorsport stories of interest.
This 2013 Subaru BRZ is the fastest on the planet [video]

Adam Shumaker wrote on December 2, 2014 - 12:14am Permalink
The dealer listing is not entirely correct. Ken Fowler Subaru is located in Ukiah, CA 95482. (707) 468-0101. Sold 1 of the 4 "Red Dragons" we have available today..These cars are AMAZING!! Adam Shumaker (Sales & Leasing)
Sydney Mezs wrote on January 15, 2015 - 7:44pm Permalink
We also have the Red Dragon at Subaru of Puyallup! 800 River Road Puyallup, WA
Justin Springston wrote on October 16, 2016 - 11:04am Permalink
Jones Junction in Harford County, MD has 1 Red Dragon that just came in on friday and will not last long. Go to jonesjunction.com for more info. The car is showroom quality and is almost brand new........It's a must see!!!!!! The car is located at the Jones Junction Superstore in the showroom.