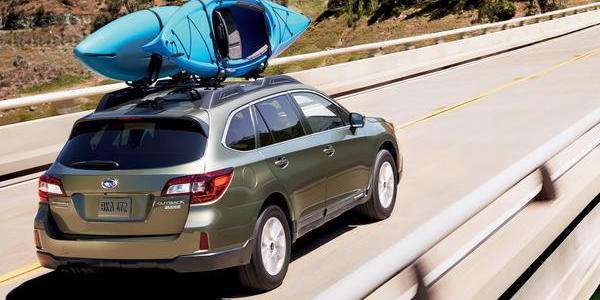 How a Wagon Passes Subaru’s Popular Forester SUV as #1-Selling Model in the U.S.

The 2017 Outback is now Subaru’s number one selling vehicle in the US. Why did it pass the popular Forester?
Advertisement

With the popularity of small SUVs in America, who would have thought a wagon would be the number one seller for Subaru? The 2017 Outback has passed Forester and is now Subaru’s #1-selling model in the U.S., with 162,203 deliveries this year. The Forester is #2 with 160,578 sales through November. The Outback is up 19.1 percent over last year and is now the most popular model with U.S. buyers. Why did it pass the popular Forester?

Subaru ramps up production of the Outback

Helping it get there, is new production capacity at Subaru’s U.S. plant in Lafayette, Indiana where the Outback is manufactured. The Forester is only made in Japan. Subaru was building the Toyota Camry at the U.S. facility, but that ended this fall and left more room on the production line for more Outbacks to be built. Previously, there was a backlog of Outback orders, now dealers are getting more of the SUV-alternative wagons to sell U.S. consumers.

The Indiana plant just received a major expansion, and they can now build just shy of 400,000 vehicles annually, although this year will finish with about 300,000 units. Its previous straight-time capacity was only 200,000 units annually. The new capacity will also boost availability of the Legacy midsize sedan up 8.5 percent through November.

The 2017 Subaru Outback wagon has passed the most popular vehicle in the lineup, the Forester SUV, as the #1-selling vehicle in the brand’s lineup. With the popularity of small SUVs in America, who would have though a wagon would be number one?

For Some Former Daimler Managers Daimler Is Authority, While Tesla Is Like a Startup
How Daimler Unintentionally Subsidizes Tesla Giga Berlin
END_OF_DOCUMENT_TOKEN_TO_BE_REPLACED