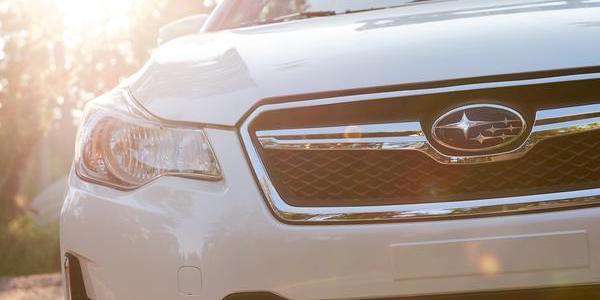 Every year, Subaru is able to outpace its rivals Nissan and Honda in percentage of sales increase. How do they do it?
Advertisement

Subaru is one of the smallest automakers on the planet in terms of total number of cars sold, but they are a giant when it comes to increasing sales year over year. Subaru continues to outpace their chief Japanese rivals Nissan and Honda in percentage of increase in sales, and they did it again in 2016. How do they keep doing it?

Tiny Subaru only sold 615,132 vehicles last year in the U.S., Nissan Group (including Infiniti) sold 1,564,423 vehicles, and overall sales at Honda (including Acura) were 1,637,942 vehicles in the US. But Subaru continues to increase sales every year and beats its rivals.

New car sales have trended upward in the U.S. market since 2009, and Subaru has set new records every year. 2016 was the eighth consecutive year of sales records for Subaru of America, and their ninth consecutive year of sales increases. Subaru of America had a 5.6 percent increase for the year, while rivals Nissan Group’s annual sales rose 5.4 percent, and Honda (including Acura) was up 3.2 percent year over year.

How do they keep doing it?

Both Nissan (20 vehicles) and Honda (17 vehicles) have a full compliment of vehicles including the hot mid-size pickup segment. Subaru only has seven vehicles in their entire lineup and no pickup offering. Subaru keeps doing it with a laser focus on their niche market of all-wheel-drive vehicles. The Forester SUV, Outback wagon and Crosstrek crossover offerings are their top three sellers. They also practice Kaizen, a Japanese business philosophy of continuous improvement of working practices, and personal efficiency.

Subaru has millennial-focused offerings for a new generation of urban adventurers. They are attracting first-time Subaru buyers at a 60 percent clip by appealing to a segment of buyers looking for more than just transportation. They want a vehicle with a go-anywhere attitude, and Subaru fills a unique need in the market.

They continue to appeal to their loyal customers because they go above and beyond for their loyal customers and the communities where they do business. Subaru fans know they can count on Subaru’s quality, safety, dependability and the fun they get with their product. It’s why the brand has so many loyal die hard customers.

Subaru is finished yet. They expect to grow by a whopping 9 percent in 2017 with new-generation offerings with their all-new 2017 Impreza sedan and 5-Door compacts and the new second-generation 2018 Subaru Crosstrek crossover coming later this year. Individuals and businesses would do well to copy Subaru’s philosophy in doing one thing, and doing it better than anyone else.

Sandra hamilton wrote on February 1, 2017 - 9:23pm Permalink
We have a 2016 Outback our first It's not bad I do enjoy driving this vehicle I do find the technical functions are a bit behind compared to other vehicles in this $$$ range. One huge complaint is that I had the car in for its first annual vehicle,inspection, the car has 28,600 klm
Joe johnson wrote on February 16, 2017 - 8:17pm Permalink
Once you drive the cars if its2010 or younger.TheCVT ruined the brand...I sold mine at a loss.I hate CVT