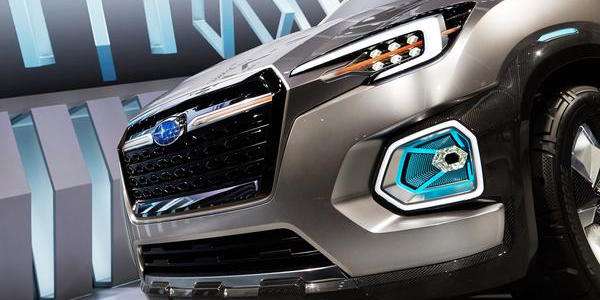 Why is Subaru so Cocky? They Have a Right to Be

Subaru could be the best kept secret on the planet. Why is Subaru so confident about the future?
Advertisement

Sometimes the cockiest guy isn’t the biggest man on campus. In the case of Subaru, they could be the most confident automaker on the planet and they aren’t all that big. They aren’t boastful or arrogant about it, they just have a confidence about the future like few other companies have. They have a right to strut their stuff, because they are pulling off what no other automaker has been able to do the last 9 years.

What sets the brand apart?

Subaru of America has a streak of success like no other automaker. Subaru has seen nine consecutive years of sales growth, and if it were sports, that’s a dynasty for any team. They’ve also seen 61 months of increased sales in the U.S., and there appears to be no end in sight. In 2017, Subaru plans to see another 9 percent increase in sales, despite a plateauing overall market.

It’s their niche market of all-wheel-drive vehicles that are driving the brand’s impressive achievements. They have the top-selling 2017 Subaru Outback wagon, followed by the Forester SUV and Crosstrek crossover leading the way. Subaru sold 615,132 new cars in 2016, up 5.6 percent over 2015. That’s more than Acura, Audi, BMW, Buick, Chrysler and Volvo sold separately. While they aren’t even close to their Japanese rivals, Honda, Nissan and Toyota, they aren’t a small boutique brand that no one has heard of.

Subaru has done a great job of creating an image of a car company that loves the causes their loyal customers are close to, and they are attracting new customers at a 60 percent clip. Subaru is confident about the future because there’s more products coming soon.

More to come from Subaru

Optimism abounds at Fuji Heavy Industries that gets an official name change this April to the new Subaru Corporation. The launch of the new 2017 Impreza will bring new excitement to dealers as they anticipate the ad campaign which begins in late February. Next on the agenda will be the arrival of the all-new second-generation 2018 Crosstrek that will make its global reveal on March 7 at the Geneva International Motor Show. 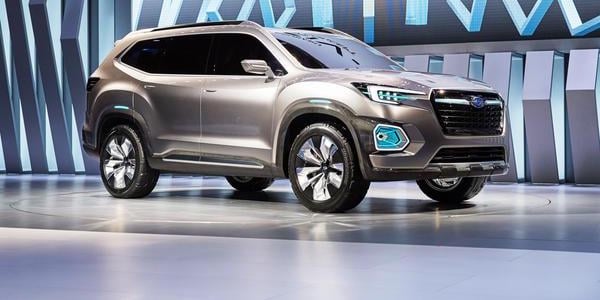 The biggest launch for the new Subaru Corporation is coming in 2018 when they roll out the biggest vehicle in the history of the company. The arrival of a long-awaited three-row CUV will be a huge milestone for the Japanese automaker. Customers have been asking for a larger 7-passenger SUV, and Subaru is delivering it to American buyers. It won’t be sold anywhere else on the planet. More on Page 2.

There’s five reasons why Subaru of America is a bit cocky. They are pulling off what no other automaker has been able to accomplish. They are cashing in on the market shift to crossovers with their go-anywhere attitude, they stay connected to their loyal customers, they are attracting new customers to the brand at a surprising rate, and they are bringing out new products that are designed only for the U.S. market.

Subaru has a right to be confident and even a bit cocky. “We’re not done yet,” Subaru of America President Tom Doll told Automotive News at the Detroit auto show. “I should be more cocky than I am, probably.” The future looks bright for the small automaker.

Steve Ogle wrote on January 30, 2017 - 11:39am Permalink
Hats off to Subaru and to all the dedicated people at Subaru of Indiana Automotive who put in a ton of hours keeping all those top of class Outbacks, Legacys and Imprezzas heading out to those customers.
Lauren wrote on January 30, 2017 - 8:28pm Permalink
Just got my second impreza, and I'll be a Subie customer for life. It's obvious that they go above and beyond for their customers and the community. And they NEVER call out other car brands in their ads. They simply showcase the quality, dependability and fun you get with their product. That confidence is one of the many things that sets Subaru apart. Once you become an owner, it's easy to see why they have so many die hard loyal customers.