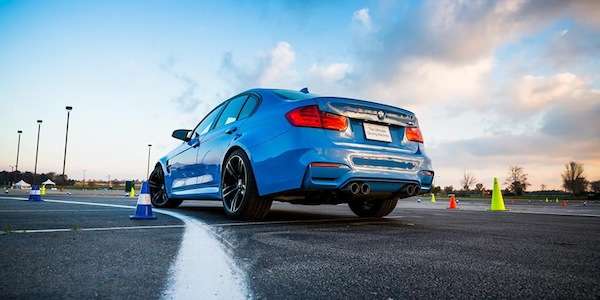 One feature stood out on the new BMW M3/M4 to experts so much, it wins the brand a big accolade. Why did BMW drop V8 power and go with an inline 6?
Advertisement

BMW is the overall winner at the Engine of the Year Awards 2015. As well as being declared overall winner with the innovative BMW i8 performance car, the German automaker picked up three class wins in the world’s leading engine competition. BMW wins in the 2.5 to 3.0-liter displacement category. The M TwinPower Turbo six-cylinder in-line gasoline engine that powers the 2015 BMW M3 and BMW M4 performance sedan and coupe came out on top.

When the last 2014 BMW M3 coupe rolled off the assembly line in July 2013, there was a gasp from performance fans around the globe.

The end of an exciting run for the 420 hp BMW M3 launched in 2007 could be met with tears and gnashing of teeth. The fourth-generation model was light weight, fast and had a driving dynamic like few other cars on the planet. It featured an aluminum hood, plastic front body panels and a carbon fiber roof. So why did BMW end such a successful run for the M3?...read more.

The 2015 BMW M3/M4 engine award shows that the risk BMW took to go from the V8 to the inline six has paid off big for the brand. The M TwinPower Turbo six-in-line gasoline engine in the BMW M3 and BMW M4 is exceptionally high-revving for a turbocharged engine. This results in linear power delivery over a wide engine speed range and a unique engine note. Peak torque is on tap over a broad rpm range. A further hallmark of this engine is its outstanding efficiency.

BMW went back to its roots

BMW knew it wouldn’t be an issue with M3/M4 enthusiasts because the 3.0-liter powerplant is a proven engine from the brands performance M division. The new M4's twin-turbocharged inline-six-cylinder offers higher horsepower and more torque at a lower rpm, yet gets improved fuel economy and a favorable front/rear weight distribution. BMW went back in time and developed the new M3/M4 with the high-revving six and still kept the original M3 philosophy.

It’s not the first award for BMW

The International Engine of the Year Awards were launched in 1999, since then, 66 class and overall wins have gone to engines developed for BMW models. Each year an expert panel of judges, this time comprising 65 motoring journalists from 31 countries, selects the best engines in numerous categories. The prize-winners were presented with their awards on Wednesday, June 17, 2015, at the Engine Expo trade fair in Stuttgart. BMW wins big in 2015.

BMW did take major risks in dropping the V8 from the new 2015 M3/M4 and going with the in-line six-cylinder powerplant. The risk paid off big for the brand as it takes the performance car to the next-level of performance while achieving better fuel efficiency. M3/M4 is still the top performance car in the world with the 3.0-liter M TwinPower turbo. The experts at Engine of the Year Awards 2015 think it’s the best 2.5 to 3.0-liter engine on the planet. Performance enthusiasts who own the M3/M4 would agree.

Elon Makes a Cybertruck Statement With an Action, But Quiet in Words
Tesla's Record Month in China: Doubled Registrations in March 2021
END_OF_DOCUMENT_TOKEN_TO_BE_REPLACED