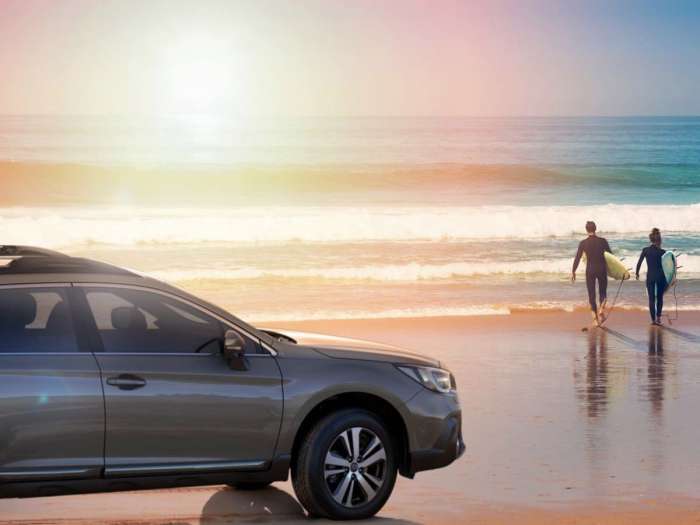 Subaru’s new boss, Tomomi Nakamura didn’t waste any time getting a new vision for Subaru Corporation. He took over the Japanese automaker after it was rocked with a fuel-mileage cheating scandal and one of the things he’s doing, is using the alliance with Toyota Motor to repair the brand’s damaged reputation and rebuild trust with customers. Subaru Corp unveiled a new Vision STEP plan yesterday “with the aim of becoming a company that is trusted by, and resonates with, customers.”

According to the press release, Subaru vehicles will be more fuel-efficient in the future and Subaru will collaborate with Toyota Motor, who owns 16.5 percent of Subaru Corp, to build new EV technology. Subaru wants to keep their distinctiveness but also wants to improve brand quality that is synonymous with the Toyota brand.

Subaru says, “We will drive forward collaboration with Toyota in the areas of “making ever-better cars” and “addressing transformation in a mobility society,” while maintaining Subaru’s distinctiveness. The initiatives include joint development of basic structural technologies for electric vehicles and collaboration in new-generation technology domains such as connected car technologies.

Subaru brings out their first-ever 2019 Crosstrek plug-in-hybrid later this year, and they tapped Toyota Prius Prime technology to do it. Subaru has their own in-house electrification project, will use the Prius Prime technology, but will use their own Subaru boxer engine, rather than the Prius Prime's transversely mounted Toyota powerplant. The Boxer engine is one of Subaru’s core values they aren’t willing to change. Subaru is also developing an all-electric model now with Toyota’s help and is due out in 2021-2022.

Subaru says they want to remain small compared with their Japanese rivals and will focus on another key area, quality. Subaru says they will strive to be No.1 for “the quality that enables customers to enjoy long-term ownership with peace of mind.” Subaru will do this with the help of Toyota Motor, but will remain independent from their big brother and will also stay relatively small to maintain their unique brand identity. They project global sales of 1.3 million units by 2025.

Look for the new 2019 Subaru Crosstrek plug-in-hybrid to arrive later this year. It’s the latest in Subaru’s collaboration with Toyota. New Subaru boss, Tomomi Nakamura, is using the alliance to his fullest advantage by most importantly, rebuilding customer trust.