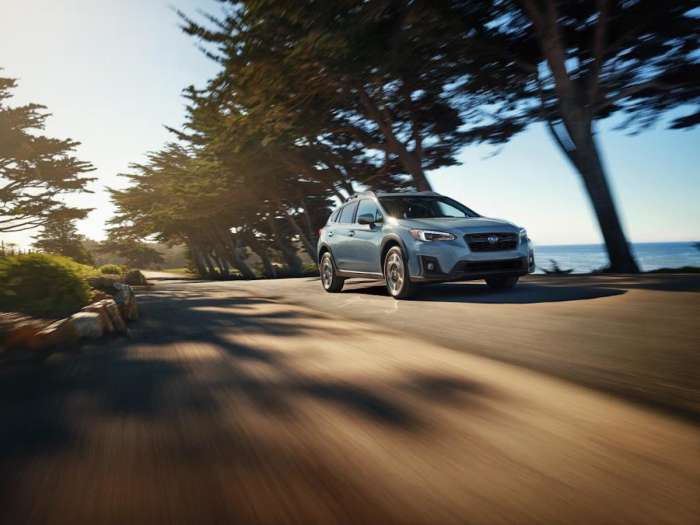 Subaru Gets On a New Vision Fast After Fuel-Mileage Cheating Scandal; What It Means For Consumers

Subaru Corporation gets on a new Vision STEP plan fast after the fuel-mileage cheating scandal. What does it mean for consumers?
Advertisement

Subaru’s new boss, Tomomi Nakamura isn’t wasting any time getting a new vision for Subaru Corporation. He’s taking over the Japanese automaker after it was rocked with a fuel-mileage cheating scandal and he needs to right the ship quickly. Subaru Corp just unveiled a new Vision STEP plan “with the aim of becoming a company that is trusted by, and resonates with, customers.”

According to the press release, Subaru has three new management philosophies they want to hit by 2025. It’s all based on earning customers trust with a strong market presence built upon its “customer-first principle.”

Subaru says STEP is an acronym formed from the initial letters of “Speed,” “Trust,” “Engagement,” and “Peace of Mind and Enjoyment” which are four important elements of the Japanese automaker’s new vision. The letter “T” is emphasized in the logo as Subaru says trust is the most important element of this new vision plan. The name also expresses the company’s determination to take “steady, strong steps” before a future jump over social changes.

Customers can expect Subaru to remain distinctive from other automakers and not move away from their DNA of building quality all-wheel-drive vehicles with Boxer engines, that are safe and customers will own for years. Subaru is committed to building the safest cars on the road and consumers will see the brand be the safety leader. Look for Subaru to enhance their EyeSight driver assist technology and further strengthen crash safety performance in their vehicles. Subaru says they will pursue “protecting people’s lives” and aims to eliminate traffic accident deaths by 2030.

Subaru Corp says they will launch fully-redesigned versions of their key models every year, and they will keep their performance line of WRX and WRX STI. Subaru says to look for a “bolder” expression of these key models in the future.

Subaru vehicles will be more fuel-efficient in the future and Subaru will collaborate with Toyota Motor to build new EV technology. Subaru wants to keep their distinctiveness but also wants to improve the quality that is synonymous with the Toyota brand. Subaru says they want to remain small and will focus on key areas to maintain their unique brand identity. They project global sales of 1.3 million units by 2025.

Ed B wrote on July 11, 2018 - 9:34am Permalink
I like the vision and comments, the true test will come with implementation. Glad to see the STI lines will continue to be supported. However, bolder designs will be the key and will that translate to the mainstream sales leaders like the Outback. Frankly, the 2019 Forester doesn't seem to reflect his statements about the future, but those changes were in the works before he took the reigns. Bold statements are great and I like to direction but again - we'll just have to see the results of his vision. The global platform changes in the next gen Outback and Legacy will give us clues as to whether the acronym STEP is merely a corporate philosophy or a true call to action/transformation for the brand. I'd like to see bolder exterior design across the car lines - that doesn't have to be radical but it can be transformative. I don't question Subaru's commitment to safety, but that doesn't have to equate to bland design language as well - you can have both.