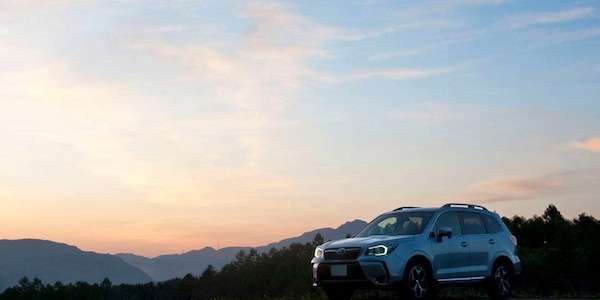 How Subaru responds to reports of questionable labor practices with Forester

An investigation by Reuters says that Subaru and its suppliers use questionable but legal labor practices to keep the popular 2016 Forester rolling off the assembly line. What is Subaru’s response?
Advertisement

Fuji Heavy Industries (FHI) maker of Subaru automobiles is being investigated by Reuters for what they say are questionable labor practices. Subaru is flying high in North America and sales are booming and they can’t keep up with the demand. Subaru’s Forester SUV is the number one selling vehicle in the lineup but there have been recent reports from Reuters that say Subaru and its suppliers use questionable but legal labor practices to keep the Foresters rolling down the assembly line.

Subaru manufactures the Forester at their Gunma plant in Japan and their manufacturing center is in the city of Ota, Japan, north of Tokyo. The Outback and Legacy are assembled at their plant in Indiana, but parts come from Subaru and its suppliers in Ota. The Reuters report says Subaru and its suppliers hire workers from 22 different countries in Asia and Africa to work at these plants. Some of these workers come to Subaru’s suppliers through labor brokers, are in Japan to apply for asylum, or come to Subaru through traineeship programs.

The report says these foreign workers earn about half the wage of their Japanese equivalents on the production line. Workers employed through brokers, are said to be enduring abuses and are often charged up to a third of their wages as a fee. Other workers are being pressured to work double shifts and are being dismissed for having no insurance.

A dozen Indonesian laborers told Reuters their net pay monthly pay was $730, which works out to be $3.30 per hour after rent, utilities and fees owed to the dispatch company in their home country had been deducted. Interestingly, the report showed most of the workers interviewed by Reuters reporters were earning the minimum wage for machinery manufacturing in Gunma at $6.60 an hour or above.

Subaru gets singled out

In a response to Reuters, Fuji Heavy says that its suppliers must obey the law in their hiring and treatment of their workers, and told its suppliers that it expects them to treat workers fairly and to “uphold rights and international standards of behavior and the ethical standards of our stockholders.”

Because of Subaru’s tremendous success, they seem to have been singled out by Reuters for labor practices that keep the popular 2016 Forester rolling off the assembly line. Why didn’t they also question Toyota, Honda and Nissan?

cb wrote on August 20, 2015 - 1:33am Permalink
Oh, boohoo poor subaru... No worry about them being "singled out". They're the ones preaching LOVE in their ads. They are the ones who are trying to portray themselves as some benevolent all-caring overseers of our well-being. I knew subaru were full of bovine excrement when they told me its normal for my new car to burn a lot of oil.