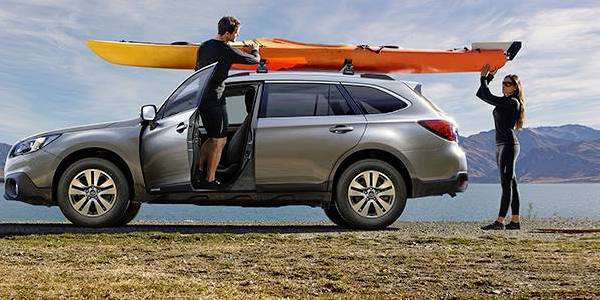 How Outback and Legacy Leads Subaru to More Records

The 2017 Outback and Legacy helped Subaru of America have another record month in July. Why are Forester sales declining?
Advertisement

Subaru’s 2017 Outback wagon and Legacy sedan lead the way for the Japanese automaker to have another record month in the US. The new 2017 Outback and Legacy are built here in the U.S., at the brands Lafayette, Indiana plant. They don’t have to be shipped from Japan as the model year changes, so supplies are running better than the other models. The 2017 Subaru Forester, Crosstrek, Impreza and WRX and WRX STI are all built in Japan and supplies are tight.

Best month ever for the two models

Outback and Legacy each achieved their best July ever. Forester, Crosstrek, Impreza, BRZ and WRX and WRX STI all saw declines for July. Subaru of America is still setting records in spite of tight supplies, and is looking for another record year as the new 2017 Impreza comes on line later this year.

2017 Impreza will be the next shining star

The all-new Impreza sedan and 5-Door hatchback will be built at the same Indiana plant as Outback and Legacy. This should help with supply issues as Subaru expects sales of the new-generation model to skyrocket. It’s the brands most important new launch since the Crosstrek in 2012.

The US-built 2017 Subaru Outback and Legacy lead the way for the Japanese automaker to have another record month. The all-new 2017 Subaru Impreza, Subaru’s third all-wheel-drive model built on US shores, rolls off the line later this year. The new compact will be a the next star for the brand. Stay tuned.

Duke Woolworth wrote on August 5, 2016 - 6:15pm Permalink
It will take two full months to make the '17 Outback Touring I ordered two weeks ago, and still, Subaru is offering 0% interest on them. Of course, by the time mine arrives and is delivered, there's no way of knowing what interest rate they'll charge. Previous was 1.49%. I like zero better, but the rate applies to the date the car was delivered. The dealers know in advance what the rate will be. If it's close to October and the rate drops, I can wait a few days until then.