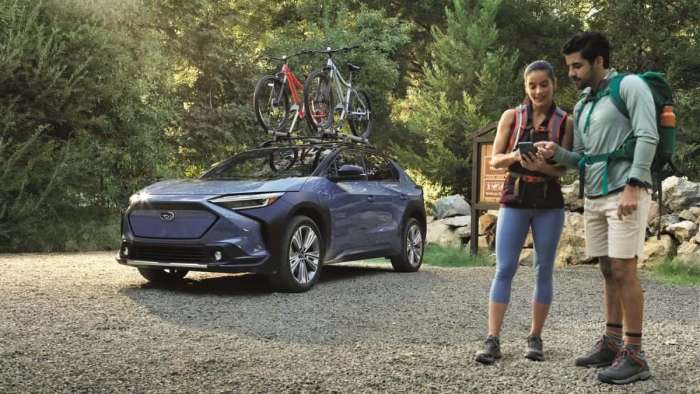 Will the all-new all-electric 2023 Subaru Solterra be safe and reliable? Here is why Subaru has an advantage over all other new EVs.
Advertisement

The 2023 Subaru Solterra is an all-new model, which could mean it may have reliability problems. Consumer Report's proprietary analysis says a vehicle is most reliable when it gets to the final year of the model's run because most of the "bugs" have been fixed. With an all-new vehicle like Solterra, a car is generally the least reliable in the first year of being manufactured.

Should customers worry about the new Solterra reliability?

The recently revealed Subaru Solterra will likely be one of the most reliable new all-electric SUVs to hit the market. The Solterra all-electric SUV is built alongside the bZ4X at Toyota's main plant in Japan. At the same time, this won't ensure fewer reliability problems in year one, Toyota's reliability scores are in the top three automakers. 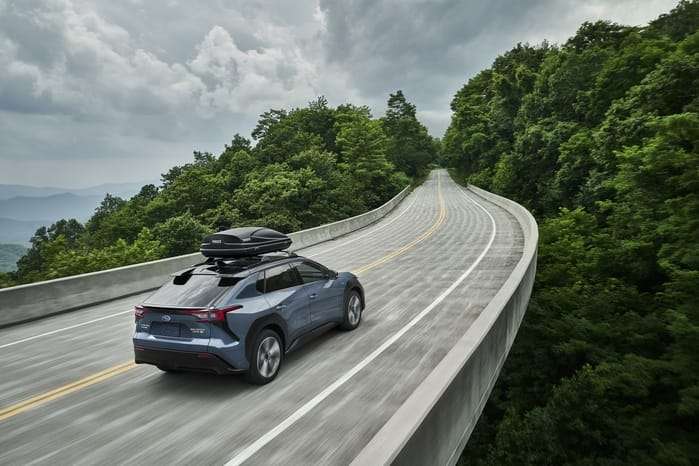 A report from Automotive News says Toyota is pitching safety with its new EV. "The gambit capitalizes on Toyota's sterling reputation for reliability. And the messaging could be a key differentiator for Toyota's upcoming EVs in a rapidly expanding field of rivals, as competitors such as General Motors and Hyundai struggle with massive recalls of potentially defective and dangerous batteries," says Automotive News.

A new reliability report from Consumer Reports says Toyota vehicles score number three overall in reliability with a well-above-average reliability score of 71. Lexus is number one with a score of 76 and Mazda number two (75). 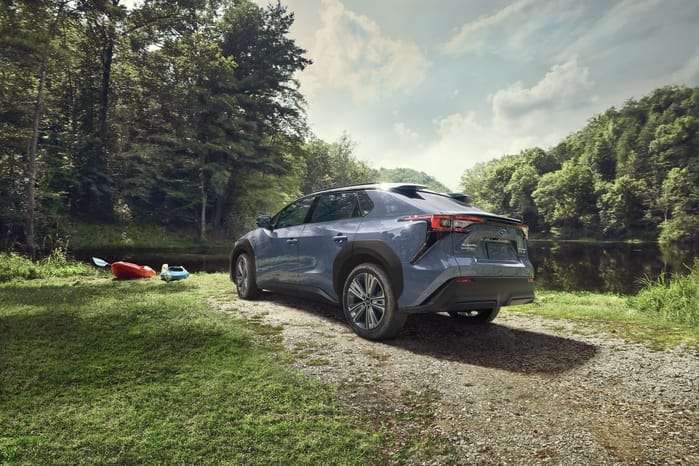 This is good news for Subaru customers wanting to buy one of the first all-new Solterra all-electric models. The joint venture between Subaru and Toyota will likely produce a well-above-average model with few issues.

The Subaru BRZ and Toyota GR86 partnership is a good example. The first-generation Subaru BRZ / Toyota 86 twins were rated #2 on the 10 Most Reliable Cars on the road today by Consumer Reports (CR). In their annual Auto Survey based on data collected from 640,000 vehicles, CR said the BRZ/86 sports coupes ranked number two on their list least likely to give owners problems.

When will the 2023 Subaru Solterra arrive in the U.S.?

The 2023 Subaru Solterra is expected to make its U.S. launch in mid-2022. The new EV will go on sale in Japan and the U.S. and then be released in Canada, Europe, and China. When it arrives, customers can be confident the all-new EV will be one of the most reliable and safe new EV models available.

Ron Pfeiffer wrote on November 28, 2021 - 5:12pm Permalink
Save time, money and headache.... buy Tesla #1
MattR wrote on November 28, 2021 - 10:27pm Permalink
Advantage over all other EVs? Oversell the headline much? I'll grant it's a good differentiator, but if reliability were the only driver in car purchases, then no Tesla's would ever be bought.
George wrote on November 29, 2021 - 10:19am Permalink
How reliability is defined now is very questionable. Reliability should only factor in defects that would prevent operation of the vehicle. I have never had any mechanical issues preventing me from driving either of my Teslas. Sure, there's a plastic trim or something irrelevant thats broken, but that's all been fixed by a guy in a van, coming to my place at a time of my choice. Not having to deal with dealerships is already one of the best perks of Tesla.
George Xu wrote on November 29, 2021 - 10:15am Permalink
Ah yes, true journalism in car blog style. A car that hasn't been produced yet already crowned reliable. Reliable by affiliation to Toyota, even though Toyota has never made a clean sheet EV platform prior and is notorious for lobbying against EVs.
Richard Vincent... wrote on November 29, 2021 - 1:57pm Permalink
When will Lexus have an EV?
DeanMcManis wrote on December 2, 2021 - 12:29pm Permalink
This is Toyota's (and therefore Subaru's) first big production BEV, so superior reliability is hard to guarantee, especially for a new, 1st year model. But Toyota/Subaru's are generally very reliable, and EVs have far fewer moving parts to go wrong. So this new model should be fine, although I am not sure that buying one in the 1st year of production is exactly wise. Still, it is good news that Toyota and Subaru are finally going to be building and selling full electric vehicles in the U.S. soon.