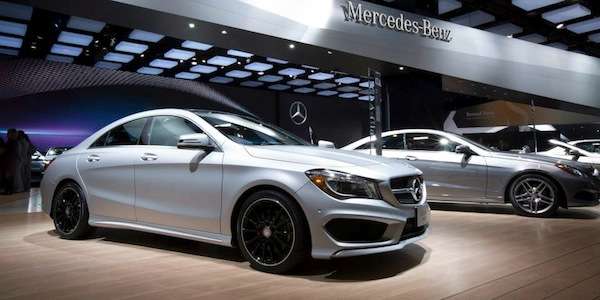 The "Blogger Auto Award" has honored the new 2014 Mercedes-Benz CLA-Class as best compact car in the world. What is Mercedes doing to win this award?
Advertisement

Mercedes is attracting new buyers to their brand and the new CLA-Class is leading the way. Mercedes is setting the pace in social networking and it’s working as they get the word out on the new CLA luxury compact four-door sedan. CLA is selling well in Europe and also here in the U.S. How is Mercedes doing it? Mercedes uses social media to attract these new younger buyers.

Mercedes-Benz has run a professional journalistic network in the increasingly influential field of social networking since 2009. The German automaker maintains close contact with a large number of international online opinion leaders from a range of different areas, from cars and technology to fashion, design and lifestyle. This has created a high degree of interaction with people on a variety of different social networking platforms. It seems to be working for the German automaker.

Mercedes uses Instagram in a powerful way and has the most fans among all car brands. They also use Facebook and Twitter successfully, and Mercedes-Benz is way ahead in the popularity stakes amongst fans. Mercedes plans on increasing these social networking platforms in 2014 to further tap into a younger generation of buyers.

Mercedes is not only doing well with the new CLA-Class with these bloggers, but also with their entire lineup. Mercedes-Benz came first in three "Blogger Auto Award 2014" categories. Two Mercedes-Benz models won first prize, not only in the view of customers but also in the view of digital opinion polls. German car bloggers voted the CLA four-door coupe as the best compact car. They voted the new S-Class first in the luxury category. And the Mercedes-Benz brand won the award of Best Car Manufacturer of the Year. Mercedes-Benz achieved a podium finish in nine out of twelve categories.

"We are delighted that once again we have done so well in the Blogger Auto Award. As part of our "Best Customer Experience" sales strategy, the digitalization of all communication channels is becoming more and more important. We take this success as an incentive and also as recognition for our regular dialogue with digital opinion leaders," said Christoph Horn, Head of Global Communications at Mercedes-Benz Cars.

Mercedes-Benz has a brilliant marketing strategy for the all-new 2014 CLA-Class and it's working well. Social media is the best way to attract a new generation of buyers who have never purchased a Mercedes vehicle before. Look for Mercedes to continue their success with the new 2014 CLA through the increased digitalization of their communication channels.