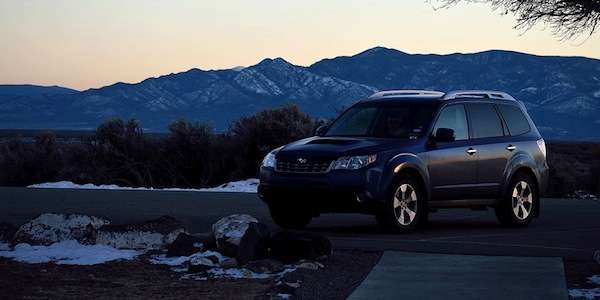 2014 Forester and Outback are favorites of the fans in Super Bowl cities Seattle and Denver. What are the advantages of the Forester for Seahawk fans?
Advertisement

As Super Bowl XLVIII gets ready to be played to determine who is the world champion, the 2014 Subaru Forester is already the winner with Seattle Seahawk fans. The “twelfth man” is a well known term that Seattle Seahawks and Denver Bronco fans know very well. It’s the advantage that the Seahawks have when they play at home in front of their fans. Seattle’s fans are known as the loudest in the NFL, so much so that the league instituted a noise rule in 1985.

Cars.com just completed a recent study that showed Subaru is the top selling brand in both Super Bowl cities, Denver and Seattle. Subaru sells more 2014 Outbacks in the Denver market and Forester is the vehicle of choice for more Seattle fans. They are driving lots of Subarus in Seattle for a very good reason. How does the 2014 Subaru Forester give Seattle fans an advantage?

Forester is selling like hotcakes in the Seattle area and in the Pacific Northwest because it will take them places other mid-size SUVs won’t. Forester has been taken around the globe to test its abilities in all extremes. Most SUV owners use their crossover to take the kids to soccer and as a grocer hauler. Subaru wanted to appeal to the active lifestyle of new millennial buyers around the globe who will use it for more. Seattle fans fit into this category and lead an active lifestyle. They will use Forester to go to the Cascade mountains on the weekends for various sporting activities like, hiking, mountain biking, camping fishing, hunting and snow boarding.

Forester is the perfect muti-use vehicle and is able to go anywhere Seattle owners want to take it. Subaru took the new-generation Forester on a trek around the globe recently and it encountered everything from desert and snow-covered roads, winding mountain roads, and racing circuits. The SUV survived every type of road, climate and harsh environment around the world. It proved that the newly redesigned crossover will handle anything Seattle buyers can throw at it.

It’s exactly what active Seattle SUV owners are looking to do with their vehicle on the weekends. This is like the 12th man, that gives the Seattle Seahawks Super Bowl football team an advantage. The 2014 Forester gives its owners an advantage with its Symmetrical AWD technology and X-Mode off-road function that the competition doesn’t have.

The new 2014 Subaru Forester is a result of Subaru’s ongoing product development that is committed to their current loyal customers, and attracting new buyers to the brand. A new generation of Seattle buyers have found out what many have known for decades in the Pacific Northwest, the Subaru brand is not an overnight success, they have been been building quality multi-use vehicles for decades. The 2014 Subaru Forester is the latest to give Seattle fans an advantage like the “12th man” gives the Seattle Seahawks football team.