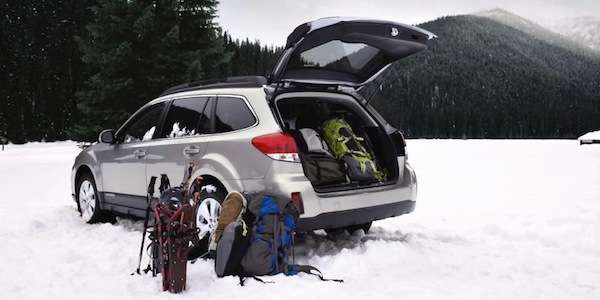 What is most popular car brand in Super Bowl cities Denver and Seattle?

Subaru is the most popular brand in the Super Bowl cities of the Denver Broncos and Seattle Seahawks. The 2014 Subaru Outback is number one for Denver fans, 2014 Forester in Seattle.
Advertisement

The Denver Broncos and Seattle Seahawks may be rivals in the Super Bowl on Sunday, but their fans like the same brand of car. Subaru is the most popular brand in the Super Bowl cities of the Denver Broncos and Seattle Seahawks. The 2014 Subaru Outback is the top selling car in Denver, the 2014 Forester in Seattle. Why is Subaru so popular out west?

According to research done Cars.com, an online resource for buying and selling new and used cars, Subaru is the top brand of choice in both Denver and Seattle. Cars.com recently conducted a study to evaluate the car buying preferences of the cities home to the teams playing in the Super Bowl on February 2 in New York.

According to the study, Cars.com reviewed the new car purchasing preferences of more than 300,000 car buyers over the past year in Seattle and Denver, as well as an analysis of most searched models by the shoppers in both cities at their website in the fourth quarter of 2013. What they found is what we here in Denver already knew about the Mile High City. And it makes sense that car buyers in Seattle would also buy more Subarus than other brands.

There seems to be two factors that are driving Subaru sales the two Super Bowl cities. Demographics play a big role as buyers tend to be younger and more active than in other cities. Denver has the Rocky Mountains as it backyard playground, Seattle has the Cascade mountains that lie to the east of the city. Subaru builds the perfect multi-use vehicle with its Symmetrical all-wheel-drive to enjoy sports activities in the mountains.

Subaru is attracting a younger demographic that lead active lifestyles and they love to hike, mountain bike, snowboard and they do it on the weekends in the mountains. Climate also plays a factor in why these two Super Bowl cities buy more Subarus than other brands. Denver has an average snowfall of 57.5 inches per year. While snow is rare in Seattle, it’s not unheard of, but the precipitation total is 36.15 inches of rain.

Jesse Toprak, Chief Analyst at Cars.com. said, "Even though they are more than one thousand miles apart, Seattle and Denver are similar in their demographic composition, which is reflected directly in how close the car buying preferences are in each city," "Adverse climate is also clearly influencing buyer preferences, with SUVs and trucks dominating the rankings.

Denver and Seattle won’t agree of course on which team will win the Super Bowl tomorrow, but they do agree that the Subaru brand is a good vehicle for those with active lifestyles. Denver fans choose the 2014 Subaru Outback, the 2014 Forester is the fan favorite with Seattle fans. But the Denver Broncos will be World Champions for the third time and win Super Bowl XLVIII.