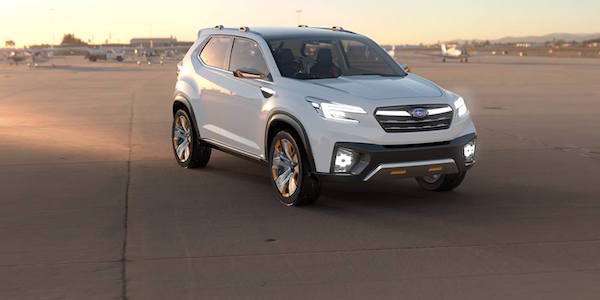 Fuji Heavy Kills One Key Division to “Enhance” the Subaru Brand; What it Means for You

Subaru kills their industrial division. Do you think they are serious about Subaru?
Advertisement

If you are thinking about buying a new Subaru in the next few years, big changes are coming to the Japanese automaker. If you are wondering how Subaru attacks their much larger Japanese competitors like Toyota and Honda, they will do it with a new laser focus. Up until recently, Subaru was one of many subsidiaries of their parent company Fuji Heavy Industries (FHI). Now FHI is trimming down and just axed their industrial division to put more focus on their all-wheel-drive cars.

FHI is also changing their name to Subaru Corporation on April 1, 2017 when they celebrate their 100 year anniversary. The Japanese manufacturer says they are putting a laser focus on their cars in order to “enhance” the Subaru brand. FHI says they want the Subaru brand to “play an even bigger part in its grand scheme.”

The Subaru brand will now be the companies core business instead of just one of its many business ventures. They are killing their 60-year-old industrial division on September 30, 2017. They made engines for industrial and agricultural use, and power sports vehicles like snowmobiles and ATVs. Next year, they will transfer production to a company in China in a joint venture.

What will this mean for consumers?

The Subaru brand is profitable and thriving around the globe, especially in the US. Consumers will see more new products like the 2017 Impreza compact that’s slated to hit US dealer showrooms next month. Subaru will be revamping their entire lineup with their Global Platform and new more fuel-efficient engines and a plug-in hybrid is coming in 2018.

Along with the new 2017 Impreza, Subaru will also be building a new 3-Row crossover for US consumers at their newly-revamped plant in Lafayette, Indiana. It’s due to hit the U.S. market in late 2018. Subaru also needs to put an emphasis on electric vehicles as the auto industry changes to make way for more EVs. It will take more resources for Subaru to accomplish this. How will Subaru keep up with the industry leaders? They will do it with a new laser focus. Big changes are coming.