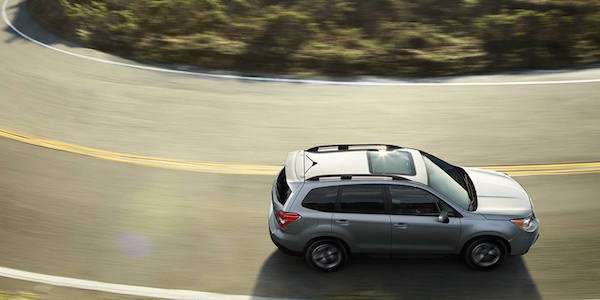 According to Consumer Reports, the 2017 Subaru Forester is one of the 10 Best Cars of the Year. Which 2 Subaru vehicles drop to average?
Advertisement

Subaru’s 2017 Forester SUV scores Consumer Reports’ top 10 picks as “Best Cars of the Year”. In the hotly-contested small SUV segment, it beats a number of popular vehicles like the Toyota RAV4, Honda CR-V, Ford Escape, Nissan Rogue and Mazda CX-5. But the Subaru brand drops in their overall rating because two of their vehicles are now rated only average.

In Consumer Reports' annual analysis of auto brands, Subaru drops in ranking, but stays in the top five of all automakers. They say Subaru’s stable of all-wheel-drive vehicles still exhibits a high-level performance across their entire lineup.

Audi takes the top position for the second year in a row, in their 2017 analysis of which car brands make the best vehicles, followed by Porsche, BMW, Lexus, and Subaru. These are the same top five as last year, but Porsche and BMW moved up, and Lexus and Subaru moved down. Two Subaru vehicles are now rated only average.

Legacy and Outback drop to average

CR says Subaru dropped from second to fifth place, “because the previously very reliable” Legacy sedan and Outback wagon are now rated only average according to Consumer Reports. Also in their analysis they say the WRX and WRX STI performance sedans dropped to below average. But Forester is at the top.

In the Small SUV category, Forester was rated high in reliability (how trouble-free the new vehicle will be based on actual problems reported by subscribers in their 2016 auto survey), and owner satisfaction (based on the percentage of surveyed owners who say that if they had to do it all over again, they would definitely buy the same car).

In the road test, the 2017 Forester scored an 85, indicating it did well in the more than 50 evaluations conducted at CR’s 327-acre Auto Test Center. Evaluations range from instrumented track tests to assessments of comfort and convenience while in daily use by the CR staff. CR also says the Forester wins the top Small SUV category because of its “relatively roomy packaging, fuel efficiency, solid reliability, and easy access.”

While the Legacy and Outback drop to average, Subaru’s 2017 Forester SUV is tops in the Small SUV category according to Consumer Reports. They score it one of the 10 Best Cars of the Year.