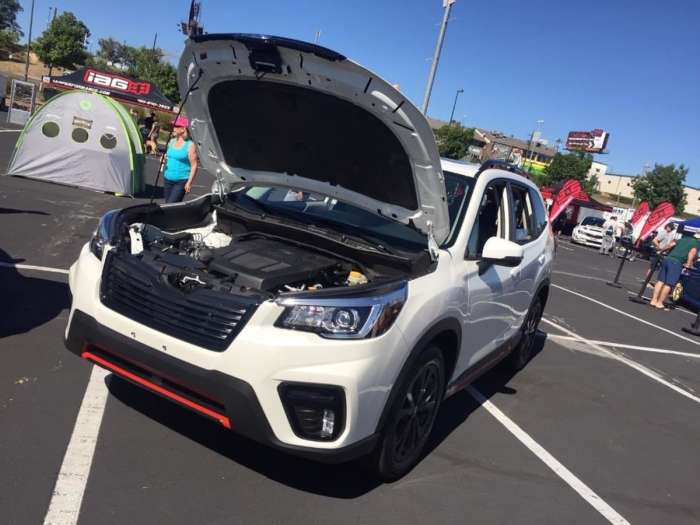 First Tests Are In: New Subaru Forester Is Safer Than Outgoing Model

Subaru has a goal of building the safest vehicles on the road and safety is a core value for the brand. Subaru designed and launched a preventative safety feature called EyeSight in 2008 and it’s the world’s first system to solely use stereo camera technology. It watches the road and helps prevent accidents by alerting the driver to potential dangers in the front, sides, and rear of the vehicle before a crash occurs.

Subaru has received the top scores from JNCAP every year and this year they added additional tests. JNCAP preventive safety performance assessment added a new test for Pedestrian Autonomous Emergency Braking Systems (AEBS) in night-with-streetlight conditions and a test for acceleration control systems for pedal misapplication. The new 2019 Forester scored well in these new tests, as well as in a series of traditional tests, and achieved the ASV+++ rating with a total score of 122.3 points.

EyeSight’s technology has also been highly rated by the IIHS in the U.S. and gets the highest marks from Japan’s independent agency. The first global safety tests are in and the all-new 2019 Subaru Forester is safer than the outgoing model. Consumers can be confident in Subaru’s strong safety performance.