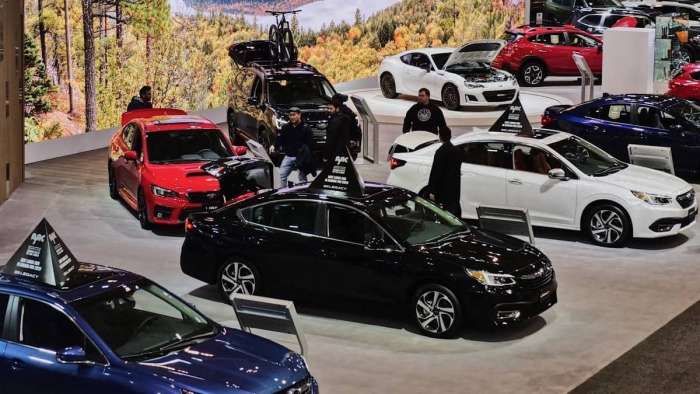 The EPA released its fuel-mileage results and finds Subaru’s lineup of 2020 Forester, Outback, Crosstrek, and Ascent rank 2nd best in the U.S. See how they do it with an AWD fleet.
Advertisement

Americans rank fuel efficiency as the most important factor in their decision to purchase a vehicle, according to a study by Edmunds, and Consumer Reports says drivers of less fuel-efficient SUVs are most interested in better mileage. When you think of an all-wheel-drive SUV, it typically isn’t the most fuel-efficient drivetrain, unless it's a Subaru.

The EPA just released its Automotive Trends Report and finds Subaru’s lineup of all-wheel-drive vehicles that includes the 2020 Forester, Outback, Crosstrek, and Ascent rank 2nd best in the U.S. among automakers with a gas-powered lineup. Honda has the most-fuel-efficient lineup after Tesla which has an an-all-electric fleet. 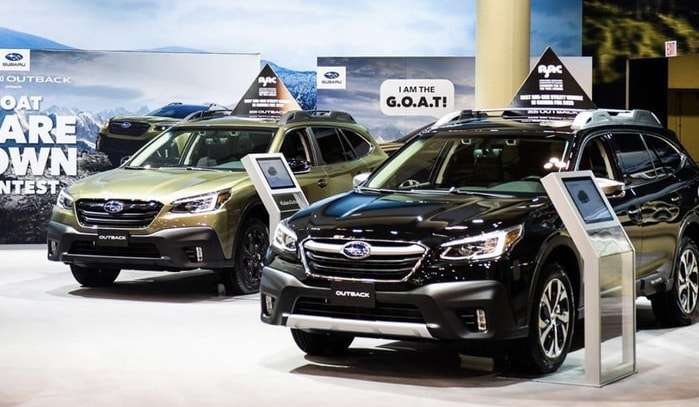 The EPA study found Subaru and Mazda tied for the second-lowest CO2 emissions and second-highest fuel economy in the model year 2018. Subaru had the third-largest improvement increasing 2.2 mpg from 26.5 gallons/mile to 28.7 for its entire lineup.

It’s surprising since Subaru only fields AWD vehicles except for one, the rear-drive BRZ sports car. All-wheel-drive is generally less-fuel-efficient than other configurations. The 2020 Subaru Forester, Outback, Crosstrek, Ascent, Impreza, WRX/STI and Legacy all come standard with AWD. Number one Honda gets 30.0 mpg for its lineup, but has a large number of sedans and compact cars using two-wheel-drive. None of Honda's models come standard with all-wheel-drive. 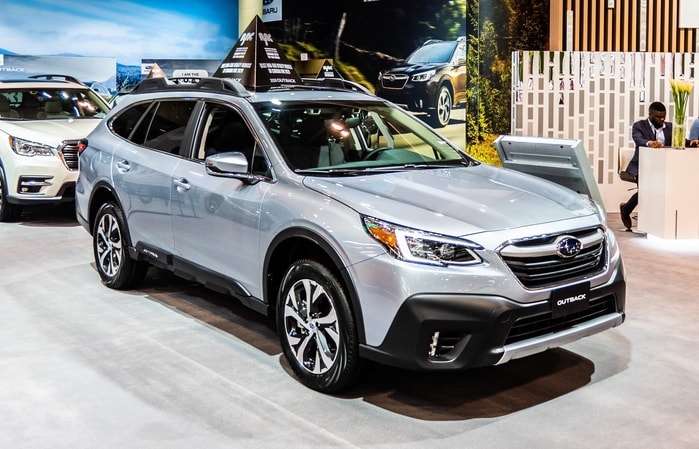 Subaru vehicles are all powered by horizontally-opposed Boxer engine technology which is a fuel-efficient powertrain. Subaru is one of the leading manufacturers of continuously variable transmissions (CVT) which are also used for their fuel-efficiency. Subaru is a leading automaker in the adoption of CVTs according to the EPA.

Subaru is using gas direct injection (GDI) technology in all its engines which improves fuel mileage even more. The technology is now standard in all next-generation boxer engines Subaru is rolling out. Subaru also added lean combustion cycles and cylinder deactivation in many of its new 2020 vehicles.

New Subaru vehicles like the 2020 Outback, Ascent, and Legacy also get new 2.4-liter turbocharged Boxer engines that offer similar power and greater fuel-milage over some automakers who still use the less-efficient V6 engine.

With AWD SUVs gaining in popularity with U.S. shoppers, Subaru produces models that are fuel-efficient. Subaru now ranks 2nd in the U.S. in fuel economy with a gas-powered lineup that includes standard all-wheel-drive on all its SUVs like the 2020 Forester, Outback, Crosstrek, and Ascent models.

You Might Also Like: Who Makes The Best Cars? Subaru Is Now Consumer Reports Top Mainstream Brand

Link wrote on October 31, 2020 - 4:10pm Permalink
Just Commented on another posting, but I have a 2020, and I can tell you first hand that the best you can get on a combined is about 22mpg with a touring XT. Which is literally impossible if the city rating is 23mpg. So either I have a broken brand new vehicle, or the EPA is lying (aka getting a kick back from subaru). I would expect a law suit eventually.

Tesla-Funded Research Reveals One of The Biggest Mysteries of EV Battery
Tesla Tesla Buyer Nets a Whopping $12,000 Discount After Asking for Reduction
END_OF_DOCUMENT_TOKEN_TO_BE_REPLACED