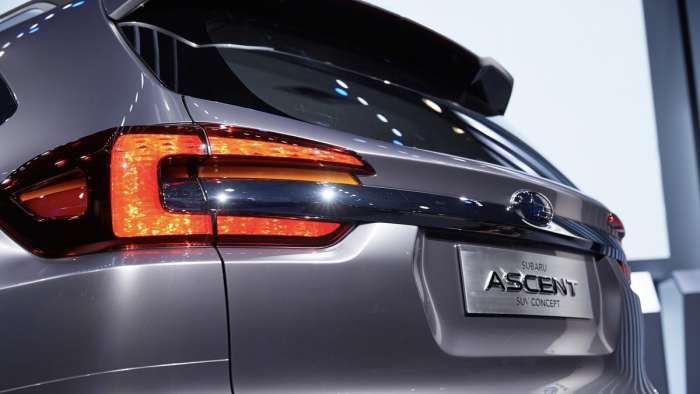 All-electric Subaru Forester, Crosstrek, Outback and Ascent vehicles are coming sooner than you think. See how Subaru will use external expertise to pull it off.
Advertisement

Subaru Corp needs to move their entire lineup of all-wheel-drive vehicles towards all-electric drivetrains but how will they do it? Customers in the near future will be driving an all-electric Forester SUV, Outback Crossover/SUV, Crosstrek small SUV, and Ascent 3-Row SUV sooner than you think. Customers will see radical changes in the Subaru lineup because the small Japanese will use internal and new external expertise to get there.

What will this mean for customers?

As Subaru Corp said in its mid-term management vision called “STEP,” Subaru aims to become a trusted brand that resonates with customers through its products and services in its automotive and aerospace businesses. These three companies will allow Subaru to tap their knowledge and apply it to their cars customers will be driving in the near future. Customers looking for SUVs with all-electric powertrains will be able to get new-generation Forester, Outback, Crosstrek or Ascent SUVs with zero-emission technology.

The new 2019 Forester, Crosstrek and Ascent ride on the all-new Subaru Global Platform that all new-generation Subaru vehicles will have underpinning them, making it adaptable to multiple powertrain options. The new architecture allows a single concept design for the development of all models, adaptable to plug-in-hybrids and electrification in the near future. Subaru vehicles will be able to be designed with gasoline boxer engines, hybrid powertrains, plug-in hybrids, all-electric cars, and other types of alternative power units for which demand will increase further.

Customers in the near future will be driving an all-electric Forester SUV, Outback Crossover/SUV, Crosstrek small SUV, and Ascent 3-Row SUV sooner than you think thanks to investments in three new companies.

Jason wrote on January 18, 2019 - 8:19am Permalink
I've been waiting 3 years for Subaru to do something. I plan on buying a 2019 Forester this summer since my 20 year old 4runner won't last much longer. If I wait another year I'll be disappointed that Subaru hasn't done anything yet. If I buy this summer they will probably announce an electric Forester (what I've been wanting) the day after I buy an ICE Forester.
Jurgen Schilbach wrote on July 3, 2019 - 12:17am Permalink
I hear you. I am eagerly looking to buy a Forester too. Ideally a plug in hybrid or EV. My car isn't as old as yours so I'm lucky to be able to wait. Good luck. BTW, I've own a Subaru before. They are excellent.
Daryl Dickson wrote on April 8, 2019 - 8:52am Permalink
I can't wait for EV Subaru to arrive in Australia.... Please get a move on or I will have to look at another brand and I love my subaru....
sabine davies wrote on April 10, 2019 - 9:45pm Permalink
Totally agree here in Quebec.
Dan Letsch wrote on May 31, 2019 - 3:52pm Permalink
Same here. I bought a 19 3.6 outback last year, and it will be the last ice car I plan on buying. Hoping Subaru has something, by the time I want to replace, but if not, I will go to another brand.
PinotJim wrote on April 10, 2019 - 4:25pm Permalink
I am in wait mode to replace the current 7 year old Outback with an all electric model. The article provided nothing new, certainly not some idea of the "when" we are looking for. I think the lack of a firm release date is already impacting sales and has certainly caused me to look at other options.
Lowry Manders wrote on June 30, 2019 - 6:57pm Permalink
WHEN??
thornton woods wrote on July 11, 2019 - 11:45pm Permalink
I really want a Subaru Ascent and i really want a hybrid. Several other carmakers offer much the same plus hybrid. My wife wants a new car in the near future and we don't want to wait several years for the Ascent Hybrid from Subaru. However, if Subaru offered a substantial customer loyalty trade-in deal for the future Ascent Hybrid, then I would feel comfortable with buying a non hybrid Ascent at this time.
Marc Green wrote on August 5, 2019 - 11:25pm Permalink
What exactly does "sooner than you think" mean? I've been leasing Subaru Outbacks for going on 24 years now. For the last three leases - 12 years - I've been asking when an all electric or at least hybrid Outback is coming. Cricket....cricket.... This faithful Outback driver may very well have to move to another manufacturer.
Nora Shine wrote on October 8, 2019 - 2:45pm Permalink
I am just about to give up on Subaru. I went to an electric car show recently, and it seems everyone was there, except Subaru. Why the delay? It hurts the Subaru image. I didn't think I would do it, but I am looking to buy a not-Subaru. Hybrids are a wasted in-between step. i want to buy an electric. Tesla is looking really good.