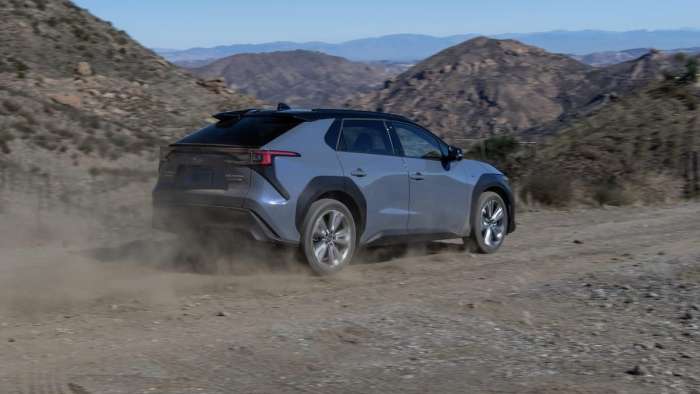 The 2023 Subaru Solterra coming mid-2022 is a collaboration with Toyota. See why Subaru will be a competitor to Toyota, not a follower in its coming new EVs.
Advertisement

Toyota announced a big push to bring thirty new electric vehicles by 2030 and spend $70 billion to electrify its lineup. Subaru, a small automaker, partnered with Toyota to bring its first-ever all-electric model, the 2023 Solterra EV, and its coming mid-2022. Will Subaru be a follower or a competitor in the future?

Don't look for Subaru to follow Toyota and collaborate with its next EVs. Subaru says its next all-electric may be a competitor with Toyota. 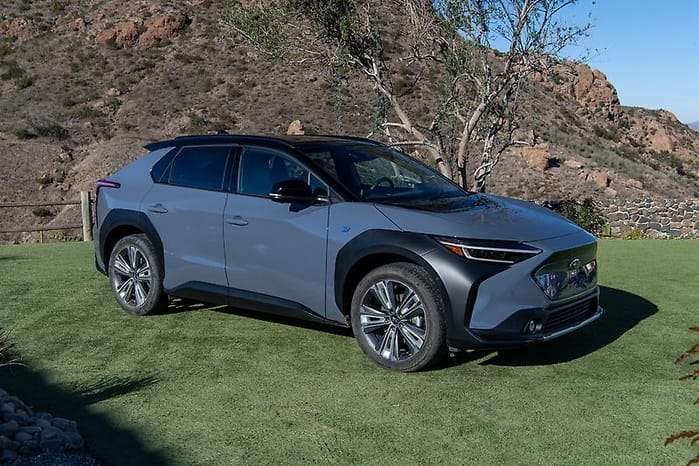 In a recent interview with Automotive News, Subaru Corporation CEO Tomomi Nakamura says they need to accelerate their EV target of forty percent electrified lineup by mid-2025. Still, they don't know if it will be fifty or sixty percent.

"It's more a matter of the right mix and the right target for the business. We have the Solterra, our first battery EV, coming to market next year. Based on how the market receives it, we can plan for what kind of ratios we should target for EVs and hybrids," Nakamura said. 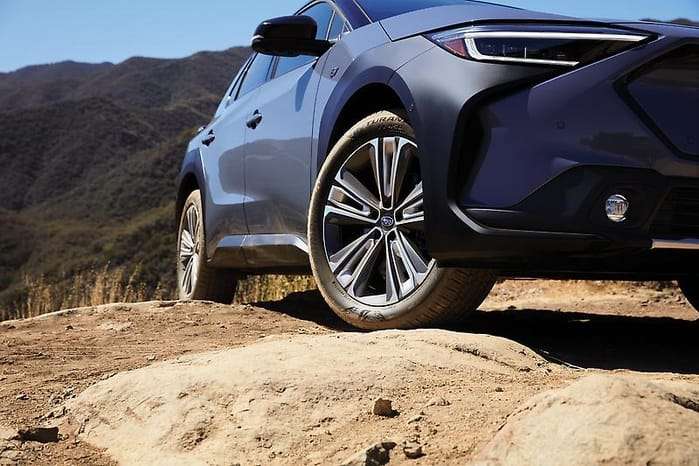 Nakamura told AN, "We consider them (Toyota) an important partner for our business. But when you look to the future EV era, when most of the vehicles are EVs, instead of being more collaborative with Toyota, it may become more competitive."

While the new 2023 Subaru Solterra EV is not much different from the Toyota bZ4X, its following new all-electric models will use Toyota technology and batteries but will be distinctly Subaru.

"While I'm certain that the areas of collaboration will continue to be on our efforts toward carbon neutrality, what areas we collaborate with them or compete with them will be changing depending on the situation in the market," Nakamura said.

In an announcement by Subaru Corporation last month, the Japanese automaker said in addition to using Toyota plug-in hybrid technology, they will launch a series of new hybrid electric vehicles (SHEV) in the mid-2020s. They will incorporate Toyota Hybrid System (THS) technology to deliver vehicles that feature "Subaru-ness while offering a high-level environmental performance."

"We are also planning to develop x-EVs with improved fuel efficiency by equipping gasoline engine vehicles with various electrification technologies. By steadily expanding our product lineup of electric vehicles, we will help reduce CO2 emissions for new models," Subaru said in the announcement.

Subaru says they will apply electrification technologies to all Subaru vehicles sold worldwide by the first half of the 2030s.

"We are trying to focus on what our customers want and what benefit they need from an EV, and we want to follow our customers' needs," Nakamura said.

What sets Subaru apart from the competition now is standard all-wheel-drive, fun-to-drive vehicles, a low center of gravity, higher ground clearance, and outdoor-focused models with a "go-anywhere" attitude.

If Subaru builds its EV lineup with those core values, Subaru will keep its competitive advantage and not be swallowed up by Toyota and become a subsidiary brand. Stay tuned.

Michael Saykaly wrote on December 14, 2021 - 8:41am Permalink
I continue to enjoy my 2018 6 cylinder Outback. Due to retirement, and Covid restrictions, I only do about 3,000 miles per year. I impatiently await an all-EV Subaru vehicle like my 6 cylinder Outback.
Thom wrote on December 14, 2021 - 10:51am Permalink
I too am retired and do about 8,000/year. I love my 2021 Impreza hatchback, but wish it were electric. I recently was parked next to an Outback, and just realized how much larger they are compared to my Impreza. I hope Subaru does produce an e-Impreza hatch. I want a smaller awd vehicle, and Impreza is a perfect fit for me.