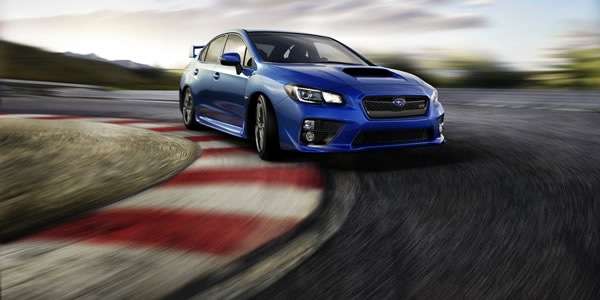 The new-generation 2015 Subaru WRX STI continues to be a popular car for Subaru around the globe. What’s happening with STI in the UK?
Advertisement

Subaru UK has posted amazing sales performance figures which shows the Japanese all wheel drive brand posting a whopping 73 percent increase for April against last year. This comes from the latest SMMT registration figures for May and shows the Japanese automaker is leading all other brands. Subaru UK says, year to date, they have sold nearly 50 percent more cars than in 2014 against a general market performance of 6.4 percent.

Subaru UK is selling a boatload of new multi-purpose all-wheel-drive vehicles like the new 2015 Outback SUV-Alternative wagon and small Forster SUV. It’s also demand for the ever popular iconic 2015 WRX STI performance saloon that continues to outstrip supply into the UK. The performance car continues to be a sought after car and Subaru can’t build enough for the European market.

WRX/STI is bringing new customers to the brand

Paul Tunnicliffe, Subaru UK’s Managing Director, commented: “It’s very encouraging that we continue to build our momentum in the UK, underpinned by new models to the range. The launch of the new-generation models is bringing new customers to the brand. We are continuing to build the dealer network so that Subaru becomes more accessible to more people and we are looking forward to the new Levorg coming to Europe later this year.”

The highest volume Subaru dealer in the U.S., Hueberger Motors in Colorado Springs, has twelve 2015 WRX models on their lot ready to sell. Six of those models come with the new Continuously Variable Transmission (CVT) automatic option, and six available with the standard 6-speed manual gearbox. They have another 14 WRX models in transit from Japan on their way. They have no 2015 WRX STIs on their lot and have only three STI Limited models in transit from...read more.

Demand for the performance saloon is high all over the globe. Subaru UK dealers can’t get enough of the new generation 2015 WRX STI saloons for performance fans. Demand for STI continues to outstrip supply. The new 2016 Subaru WRX STI will launch in the U.S. this summer with new safety and infotainment features.