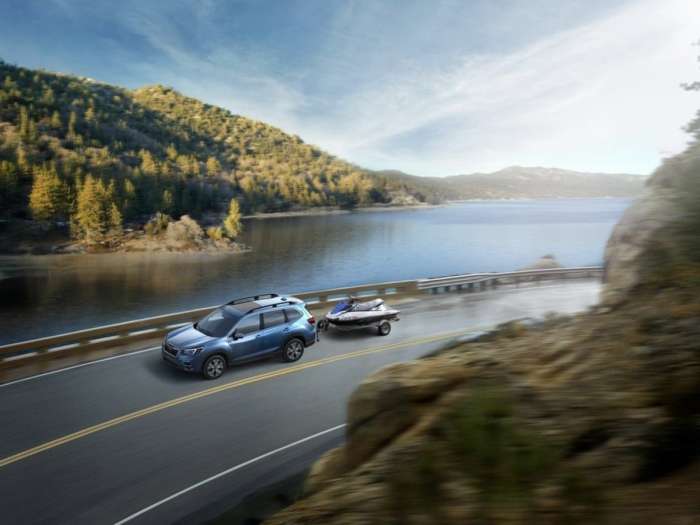 Canada is Subaru’s fourth largest market yet they get the new Forester before U.S. dealers.
Advertisement

Subaru Canada is reporting they received the new 2019 Forester small SUV in September and it helped the brand record their best-ever September and second-best month on record. Yet most U.S. dealers didn’t get the new Forester in September and are still waiting for orders to arrive in October.

The new fifth-generation Forester posted its best-ever September sales with 1,373 units sold across Canada, representing an increase of 39.2 percent over the same month last year. The U.S. is Subaru’s largest market in the world. In contrast, Subaru of America sold 13,453 Foresters in September and the new 2019 model was a small fraction of those sales.

The Forester SUV is made at Japan’s Gunma factory and not at the U.S. plant in Lafayette, Indiana where the Outback wagon, Ascent family hauler, Impreza compact and Legacy sedan are produced. Subaru Canada, Inc. (SCI) president, chairman and CEO Yasushi Enami must have extra pull with Subaru Corp back home and lobbied to get the new 2019 Forester first before U.S. dealers. It seemed to help as they received the new SUV much earlier than Subaru of America’s COO Tom Doll.

Subaru’s single largest volume dealer in the U.S., Heuberger Subaru in Colorado Springs, Colorado is showing they have no 2019 Foresters in stock and all new models are still “In Transit”. They also show all remaining 2018 Forester 2.0XT turbo models are gone. It’s the last year for the sporty 250hp performance model.

Torque News is still waiting to get the new fifth-generation 2019 Forester tester as the models are slow to arrive in Colorado. TN had one of the first larger Ascent SUVs to drive, but they are manufactured here in the US. Early reviews are good for the new Forester as it gets the new Subaru Global Platform, improved interior space, and extra safety features. Stay tuned.

Robyn Zimmann wrote on October 12, 2018 - 7:30am Permalink
They obviously drove a very stripped down vehicle. All of those "missing" features come with added packages to the Premium trim level or are standard on the Limited.
robert berman wrote on June 25, 2019 - 2:34pm Permalink
please send the latest updates on the subaru vehicles