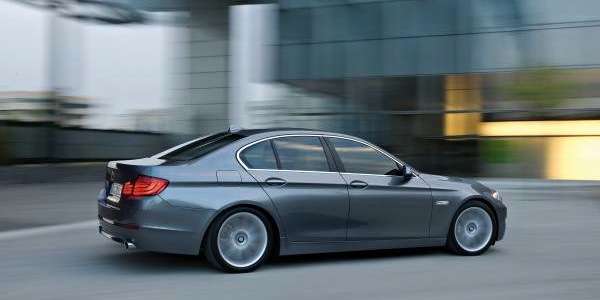 Do you own a BMW? Better carry a case of oil in your trunk

According to Consumer Reports, the BMW 5 Series V8 engines are 27 times more likely to burn excessive oil. What other models from BMW top the list?
Advertisement

When it comes to new vehicle burning excessive oil, BMW is the worst culprit according to Consumer Reports (CR). What’s up with the BMW 5 Series V8? According to a recent report from Consumer Reports, BMW has the worst offenders on the Top 30 models that have much higher rates of oil consumption overall than the average for their models years.

CR says the worst case showed that, overall, owners of BMW 5 Series vehicles with V8 engines are 27 times as likely to suffer excessive oil consumption as owners of an average vehicle. Other BMW vehicles that top the list are the BMW 6 Series, 7 Series and BMW X5.

CR also found that Audi’s 2.0-liter turbocharged four-cylinder and 3.0-liter V6 were also high on the excessive oil consumption list. Those engines are in Audi models such as the Audi A3, A4, A5, A6, and Q5. To a lesser extent, Subaru’s 3.6-liter V6 is also on the list. BMW’s 4.8-liter V8 and twin-turbocharged 4.4-liter V8 were the biggest offenders.

For a new vehicle, these are excessive amounts and are unacceptable for any vehicle. Consumer Reports says, “It’s normal for cars to burn a little oil as they age toward 100,000 miles and beyond. We believe that any engine that burns oil between changes should be repaired under the powertrain warranty. Automakers often shield themselves in the fine print of their owners’ manuals.”

What does BMW say?

BMW does shield themselves and even outlines such consumption as part of its manufacturer specifications. You can even buy a traveling case for oil from the dealer to carry in the vehicles trunk to use when you need it.

“Oil consumption is normal on all engines,” BMW representative Hector Arellano-Belloc said in an e-mail statement to CR. “BMW vehicles have long intervals between oil changes (10,000 miles). BMW engines (excluding the BMW M) may consume up to one quart of engine oil per 750 miles under certain driving conditions.” He added that BMW’s M performance models may consume even more oil than that.

It’s interesting that BMW ranked very high in the J.D. Power 2015 U.S. Initial Quality Study (IQS). The 2015 BMW 2 Series, BMW 4 Series and BMW 5 Series have all ranked number one in their categories. BMW ranked 6th among all the brands, considerably above the industry average. Read more here.

According to data from Consumer Reports’ 2014 Annual Auto Survey of owners of 498,900 vehicles from 2010 to 2014 model years, there are 30 models that have much higher rates of oil consumption overall than the average for their model years. BMW has eight vehicles that make the list. Here’s the list starting with the worst offender: BMW 5 Series (V8), BMW 7 Series, BMW 6 Series, BMW X5 (V8), BMW X1 (6-cylinder), BMW 335i Sedan, BMW 5 Series (6-cylinder and BMW 335Ci. For the complete “The Thirsty 30” list go here.