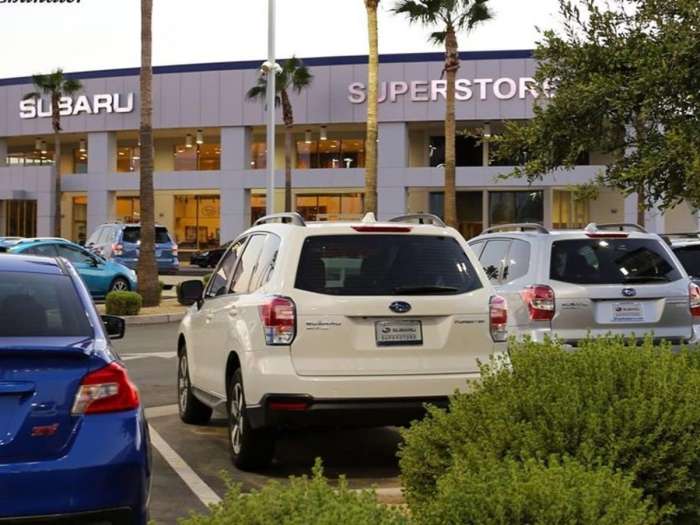 Can you find any good Black Friday deals on a new Subaru Ascent, Forester, Outback or Crosstrek? There are some surprisingly good deals for consumers.
Advertisement

In the past, Subaru hasn’t offered many deals to consumers because there’s such a demand for the 2019 Subaru Outback, Forester and Crosstrek all-wheel-drive crossovers, but that is changing this year. Are there any good Black Friday deals on Subarus?

Subaru CEO Yasuyuki Yoshinaga said competition is getting hotter than expected in the small-medium crossover segment, where, they produce the new Ascent family hauler, Outback SUV/Crossover, Forester SUV and Crosstrek crossover models. "The market is moving in the direction we anticipated," he said. "But we didn't expect there to be so many models as now, so the competition is heating up. Looking ahead, the situation will become tougher.”

The report says Subaru is offering its best financing deals on remaining 2018 models. Zero percent financing is available for a limited term on the 2018 Forester, Outback, Legacy, Impreza, and WRX. The 2018 Crosstrek and BRZ are available with low 2.9 percent financing. Those are all great deals since the average new-car loan rate is about 4.9 percent.

Subaru of America typically doesn’t have to offer deals to consumers because there’s such a demand for the 2019 Subaru Ascent, Outback, Forester and Crosstrek all-wheel-drive crossovers. But that is changing and you can find some good incentives from Subaru dealers around the country on Black Friday.