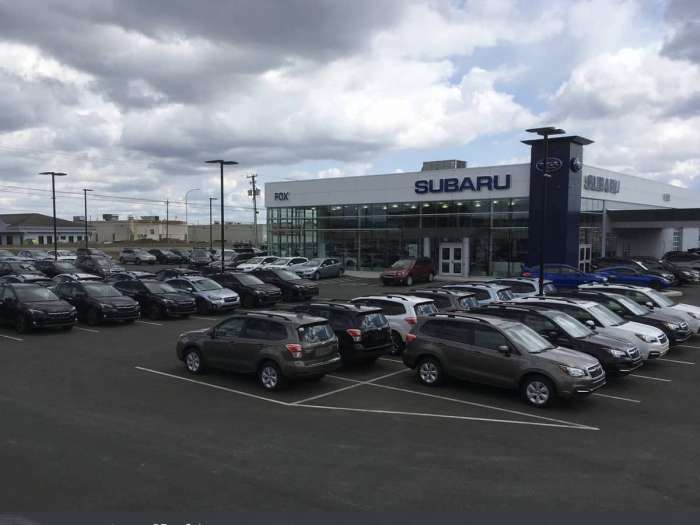 Even With Incentives Subaru Outback, Forester, Crosstrek Price Goes Up

Even with incentives, the average price of a new 2018 Subaru Outback, Forester and Crosstrek are going up.
Advertisement

According to a report by ALG, the auto industry benchmark for determining the average transaction price and incentives per unit spending for automakers says Subaru is spending more and prices are going up. The recent report shows even though Subaru of America spends less on incentives to sell their all-wheel-drive Outback, Forester and Crosstrek models, than other automakers, the average transaction price is up.

Competition is getting hotter

Subaru CEO Yasuyuki Yoshinaga said competition is getting hotter than expected in the small crossover segment, where, they produce the Outback SUV/Crossover, Forester SUV and Crosstrek crossover models. "The market is moving in the direction we anticipated," he said. "But we didn't expect there to be so many models as now, so the competition is heating up. Looking ahead, the situation will become tougher.”

This tells consumers, even though you are paying more, Subaru’s overall vehicle lineup will incur less depreciation than any other mainstream brands cars. Subaru’s stable of all-wheel-drive vehicles are gaining popularity with a new-generation of urban-adventurers who use the vehicles for weekend excursions to the mountains for hiking, biking, fishing, camping, and skiing. As competition grows in the small crossover segment, the 2018 Subaru Outback, Forester and Crosstrek’s price is higher than a year ago, but the resale value will stay particularly high when you sell.