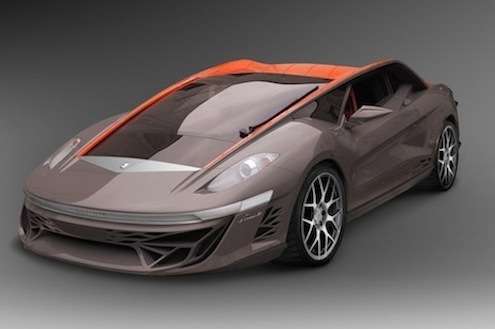 The Bertone Nuccio concept that was on display at the Beijing Auto Show may be sold to a Chinese collector.
Advertisement

Bertone impressed the world with their Nuccio Concept unveiled back in March at the 2012 Geneva Motor Show, and now after being shown in Beijing, it’s being reported by Automotive News Europe, Bertone is in negotiations with a Chinese auto collector to sell the one-off supercar.

"We are currently in close negotiations with a Chinese collector who wants to buy the Nuccio," Bertone CEO Marco Filippa told Automotive News Europe at the auto show in Beijing. Filippa said that the Nuccio concept, took an estimated 15,000 hours to design, engineer, and build.

According to the report, the Chinese car collector was so taken with the car, that he is currently in discussions with Bertone to pay $2.7 million to take the unique looking Nuccio home to his collection. If the collector does make a deal to purchase the Nuccio, he will have to wait to take it home until after the Pebble Beach Concours d’Elagance, in Monterrey, California where Bertone plans to display the Nuccio again in August.

The styling on the Nuccio changed slightly from the car that we saw in Geneva and Bertone adopted to use more conventional headlights instead of the single, narrow LED's, and slightly thicker side mirrors. The concept’s distinctive roof and large, tapered windshield remains but with a more realistic size. Mike Robinson, who is Bertone’s design chief, took inspiration from the legendary 1970 Lancia Stratos Zero concept to create the mid-engine Nuccio, and used a tensile steel roof to increase stength and reduce weight on the futuristic looking car.

Named after the late Giuseppe "Nuccio" Bertone, son of company founder Giovanni, the Nuccio concept car was created to celebrate the design firm's 100th anniversary this year. Over the last 100 years, Bertone has designed some of the most recognizable vehicles in the world for car companies like Lamborghini, Alfa Romeo, Ferrari, Mercedes-Benz and others.

Bertone has 200 employees, including engineers and designers, who Bertone says can produce up to 30,000 hours of engineering and develop up to four complete projects per year. Each custom-built car is produced entirely by hand and to the exact specifications of their customers. The Naccio concept shows the type of work the company can produce in keeping with the ancient art of coachworks where the company started 100 years ago.

There's no word on who the lucky Chinese Nuccio concept buyer is, but you better take a good look at it because after August, it could end up in a private collection never to be seen again.