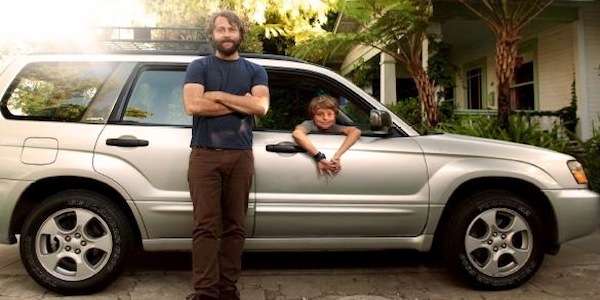 Are Subaru Forester owners the most financially astute of all SUV shoppers?

The new 2015 Subaru Forester ranks #2 on the list for vehicles that retain their value. Are Forester owners more financially astute?
Advertisement

What do new Subaru Forester owners know that makes them more financially astute than other SUV buyers? In a recent vehicle retention value report by NADA, the Used Car Guide analysts detailed the one-year performance of all-new, or heavily redesigned mainstream car and truck models. They found the new-generation 2015 Subaru Forester ranks #2 on the list for vehicles that best retain their value. Are Forester buyers more knowledgeable than other SUV buyers?

Before Subaru redesigned the Forester, sales were lagging, but the new-generation SUV is topping the Japanese automakers lineup in sales now. The new 2015 Forester is selling very well for Subaru and is leading the entire automaker’s lineup in 2014. The 2015 Forester is leading the pack even ahead of the popular Outback wagon. Forester buyers probably don’t know that the SUV will retain its value better than all other SUVs, and that it’s #2 on the list for all vehicles sold in the U.S. They’re buying the multi-use vehicle because they like the new redesign. It’s the same reason buyers are flocking to the new 2015 Chevrolet Corvette Stingray.

NADA says that there were 20 vehicle models deemed eligible for the report (all vehicles listed were either redesigned or all-new for the 2014 model year). The Chevrolet Corvette Stingray Coupe 1LT automatic tops the list, but as NADA points out, the Stingray has a $55,345 MSRP. This is a 14.7-percentage point lead over the average value of a car within the Upper Sport car segment. The Subaru Forester has an MSRP of $25,820. NADA says, “To put things in perspective, the significantly cheaper Subaru Forester saw almost similar value retention, keeping 81.8 percent of its retail price.” That’s good news for Forester buyers.

Who are the biggest losers?

Among the biggest losers, the 2014 Mitsubishi Mirage retains 54.5 percent of its value and was followed closely by the all-new Fiat 500L. The Italian subcompact kept only 55.3 percent of its original MSRP. The new 2015 Subaru Forester saw the best November sales ever for the SUV, and buyers like the new redesign. They will be rewarded for their purchase when they go to sell, but like Corvette owners, Forester owners hold on to their vehicles for years and keep them in the family, so they won’t be selling them anytime soon.

Carl wrote on January 2, 2015 - 11:21am Permalink
I will be curious to see how the Subaru WRX fares in this survey next year, or if this is based upon book value versus real re-sale value. A non-modified WRX after 3 years with an MSRP of $34K shows a book residual value of about $19K (based upon a 36 mo, 36K mile lease), but we all know the actual resale value of that car is going to be closer to $25 - $28K.