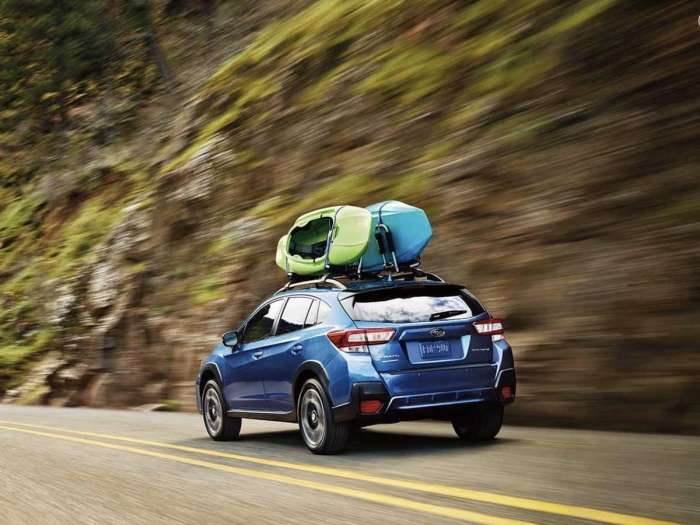 Amazing Crosstrek Pulls Off What No Other Subaru Can Do

The amazing new-generation Crosstrek is keeping Subaru partying. Crosstrek is doing something in 2018 no other nameplate in the lineup can do.
Advertisement

The new second-generation Subaru Crosstrek is amazing and is pulling off something special in 2018. No other existing nameplate in the Subaru stable is up in sales for 2018. The new second-generation Crosstrek is up an amazing 45.1 percent for the year with total sales of 111,415 units through September. All other Subaru models in the lineup are down in sales for the year. The Ascent is new for 2018 and we aren’t counting this new family hauler.

All other nameplates are down in 2018 with Subaru of America’s top-selling all-wheel-drive Outback SUV/Crossover down -1.8 percent for the year, Forester SUV (-7.7 percent), Impreza compact (-7.8 percent), Legacy sedan (-17.0 percent), WRX and WRX STI performance sedans (-9.1 percent), and BRZ sports coupe (-11.4 percent).

Last year through September, SOA sold 76,814 Crosstrek SUVs in the U.S. which gives Crosstrek a huge 34,601 (+45.1 percent) unit increase over last year. New buyers are flocking to the new-generation model and the complete remodel is paying off for Subaru Corporation. Crosstrek is also the shining star of the lineup in Canada. SCI reported in August, Crosstrek outsold popular nameplates Outback and Forester in terms of outright volume.

The second-generation Crosstrek rides on the new Subaru Global Platform and received the majority of its upgrades for the 2018 model year and also received a few new updates in 2019. Subaru launched Crosstrek in 2012 and it immediately became a fan favorite with a new generation of buyers. It’s got Subaru’s “go-anywhere” attitude with 8.7-inches of ground clearance, it’s the smallest sports utility vehicle in the lineup, gets improved fuel mileage, all-wheel-drive, and comes standard with Subaru’s EyeSight driver assist technology with a CVT automatic.

The new Crosstrek PHEV will maintain all the capabilities of the traditional Subaru Crosstrek with increased fuel efficiency. It can be driven as a normal Hybrid, using both gas and electric power and eliminating range anxiety, or driven on all-electric for local commuting. Subaru has not released the new Crosstrek Hybrid’s fuel economy numbers.

The 2019 Subaru Crosstrek is the star of the lineup and it’s keeping the brand partying. Without its impressive sales, Subaru doesn’t keep the records rolling.

Jack Hamlett wrote on October 9, 2018 - 10:06pm Permalink
Great info on all of the Subaru SUV choices. I'm glad because I am thinking strongly of buying one of them
Gary wrote on October 12, 2018 - 1:54pm Permalink
I keep hearing reports of a PHEV Crosstrek in late CY 2018 but all the dealers I've spoken to deny it's happening. Are they just trying to sell me what's on the sales lot now, or is this really not going to happen?
Charle wrote on October 16, 2018 - 9:05am Permalink
The US Hybrid Crosstrek / Prius Prime combo is apparently only going to hit a few states that have adopted the CA zero emissions.
Tom J wrote on October 26, 2018 - 12:26pm Permalink
Spoke to my local dealer about the PHEV. Said orders should start this month with deliveries starting in December. Checked in a few days ago - nothing yet.
danwat1234 wrote on October 27, 2018 - 3:07pm Permalink
Have yet to see any info on the plug-in hybrid on the Internet. Does not exist yet. Seems like order won't be starting this month.. Hopefully it'll turn out to have decent EV range and charge sustain highway MPG will be 40+ with Atkinson cycle. AWD achieved with rear wheels purely electric.
LCL wrote on October 30, 2018 - 1:11am Permalink
I went to the nearest SoCal Subaru dealership today to ask about the Crosstrek PHEV. They are adamant in claiming that they have no info regarding trim options, mileage, colors, prices, specific dates, etc. The best I could get is that they expect the first to arrive at the end of December or in January and that the dealers in the ten states that will be selling them will probably only get 2-3 at a time. I really don’t understand the limited supply.
Tom J wrote on November 3, 2018 - 1:42am Permalink
Checked in with my dealer (again) in person. I'm at the top of their list apparently and they have quite literally zero information at this time. My point person agreed with the sentiment above by LCL. This is all quite peculiar. They did a fair amount of press earlier this year, with Execs quoted in interviews and everything. Our Outback lease is up in Feb. '19.
LCL wrote on November 4, 2018 - 12:03am Permalink
I wonder if the new recall has had any impact on either a delay of new stock and/or timing based on PR issues.
Bob Regen wrote on November 29, 2018 - 8:05am Permalink
Wow. Got the news last week online about the Subaru Crosstrek PHEV. What a HUGE disappointment! Only 17 miles electric only range?!? Who wants that?! Not me. I plan on buying a PHEV in the 2019 year to use up my excess solar generation at home. This won't even make a dent. 8.8 kWh x 365 days a year is pathetic. Especially for the price, and it doesn't get the maximum rebate/federal tax credit. :-( BOO Subaru. I hope they listen to the backlash and make this a VERY limited production and then come out with something that has about 35-40 miles of electric range in mid-year 2019. I know that's asking for a lot, but that's the time-frame I want it in!!! LOL I have not looked into this model, but am hoping that it has the option to "turn off" the AWD manually when you know you don't need it so that you can gain additional miles of range on the electric use. Wake UP Subaru! YES we want AWD and a decent clearance (unlike Kias PHEV offer) but we also want to actually have some electricity in that battery!